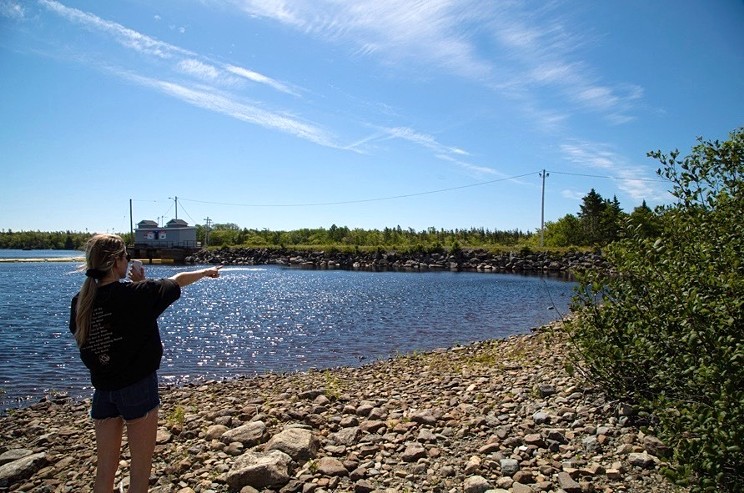 Submitted
Nicole Gnazdowsky at the NS Power Marshall Falls reservoir in Sheet Harbour, on FaceTime with a witness who saw her brother enter the water.

About an hour after The Coast published a story about Nicole Gnazdowsky’s 510-page FOI document findings—which included instructions from government staff to delete notes of meetings—Nova Scotia’s associate deputy minister of justice told Gnazdowsky she was no longer welcome to communicate with the department. 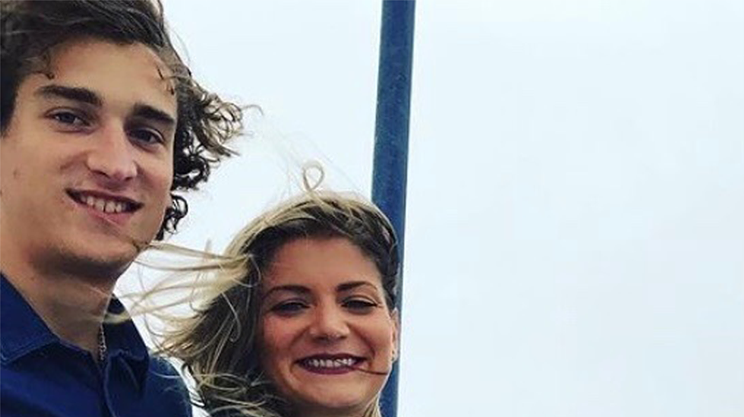 NS calls grieving woman “hostile individual” behind her back: Nicole Gnazdowsky wondered what the government was saying about her, so she asked.

“Unfortunately, your conduct in dealing with staff has not changed and is not conducive to the investigation process. Therefore, I wish to advise you that your contact with provincial staff on this matter is no longer welcome and no further communication by you on this issue will be responded to.”

The department of justice declined to say what it considers abusive behaviour or what led to the decision to halt communication with Gnazdowsky. “For privacy reasons, we will not comment,” justice department spokesperson Heather Fairbairn said in an email. It’s unclear why the emailed letter came from justice as opposed to the department of labour, which oversees the investigation.

Over the past year Gnazdowsky has made countless requests for meetings and a complete investigation into the death of her 26-year-old brother Andrew Gnazdowsky, which happened while he was working at NS Power’s Marshall Falls reservoir in Sheet Harbour. Andrew drowned, and his body was retrieved a day later in October 2020.

“It’s crazy to be presenting evidence of an issue to the government and have everyone you talk to turn a blind eye to it as if it doesn’t exist.”
—Nicole Gnazdowsky

The Workers’ Compensation Board of NS informed the Gnazdowsky family last year that the province’s department of labour would investigate the death. The department brought in an occupational health and safety investigator who, Gnazdowsky discovered, had previously worked for Emera, NS Power’s parent company. The department eventually assigned a new investigator to the case, which is still under investigation.

Gnazdowsky says her emails to the province have become assertive and direct in recent months, but she disagrees that she’s been abusive. “I was really kind in the beginning I think, all things considered,” Gnazdowsky said in an interview Thursday afternoon.

“But the more I was lied to, and the more it became obvious that they’re covering something up, the more frustrated I got. It’s crazy to be presenting evidence of an issue to the government and have everyone you talk to turn a blind eye to it as if it doesn’t exist,” she said.

Gnazdowsky will receive monthly update emails along with the rest of her family about her brother’s case, but they will no longer be from the department of labour. The most recent update from June 30, said the department is working with an “independent, third party expert on the assessment of some of the material related to the process. We anticipate receiving information from this assessment in the coming weeks.”​​

Screenshot of a recent email from Nicole Gnazdowsky to premier Iain Rankin.

Following the note to Nicole from the associate deputy justice minister, Andrew and Nicole’s mother, Richel Gnazdowsky, emailed Christine Penney, the senior executive director of the department of labour’s safety branch, to express her concerns. Penney has been a point of contact for the Gnazdowskys, and the author of the monthly investigation updates.

This evening, Penney informed Richel that she will be retiring in August, and Andrew’s case will be carried out under a new executive director.

“While we will not be corresponding directly with you further until the investigation is complete, I personally wanted to reach out to you to respond to your email as I will be retiring in August. I have every confidence that my replacement and the rest of the team in the Safety Branch, who genuinely care about workplace safety, will carry forward to conclude this investigation,” reads Penney’s Thursday email to Richel.

The department of labour was contacted to confirm Penney’s retirement, but did not respond by publication.

While on the campaign trail, Liberal leader Iain Rankin said it is not appropriate to instruct that government records be deleted, as reported by CBC.

Nova Scotia’s chief privacy commissioner Carmen Stuart, who cannot comment on individual FOI cases, explained in an email to The Coast that the province’s 1993 law on deleting government records is “quite limited.”

The FOIPOP Act on deletion of records states: “Every person who knowingly alters a record that is subject to a request in order to mislead the person who made the request is guilty of an offence and liable on summary conviction to a fine of not more than two thousand dollars or to imprisonment for six months, or both.”

Stuart said “this wording is quite limited in comparison with newer pieces of legislation and legislation in other jurisdictions because it has this qualifier of the record having to be subject to a request.” Stuart pointed out that there are tougher rules for deleting records in the 2010 NS Personal Health Information Act, and in FOI policy in other provinces, like Newfoundland and Labrador.

“The law is old and the Commissioner has called for it to be modernized,” she said.

In 2017, the former commissioner produced an Accountability for the Digital Age Report which called for the offence law to be strengthened—among 34 total recommendations for improving existing legislation.