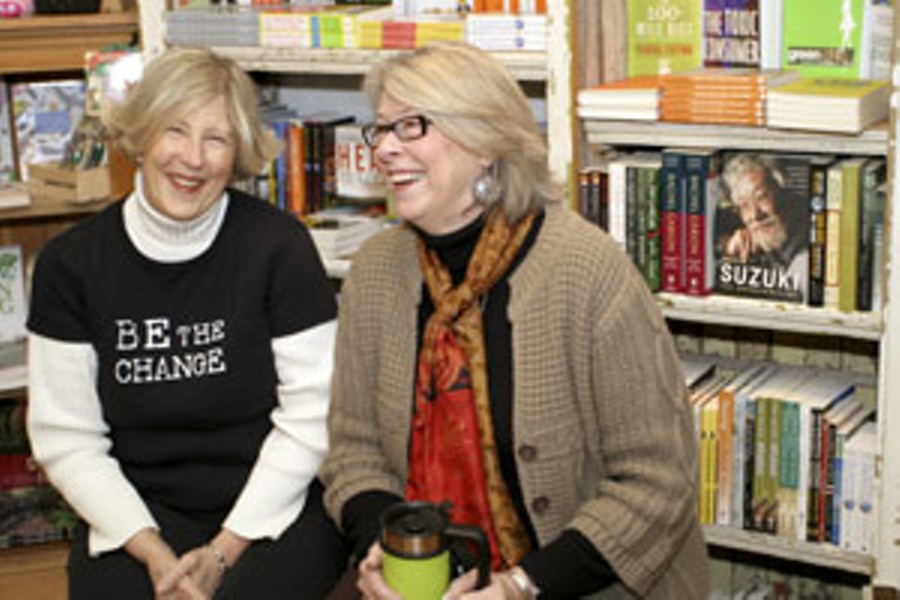 The debut of Green Halifax, the latest edition in The Coast’s stable of City Guides, happened around town on April 3. A directory of local businesses and organizations that are trying, in ways small and large, to make a difference to the environment, the guide offers lists of local organizations, restaurants, grocery stores, alternative energy suppliers, shops, spas, wineries, woodlots, bicycle stores and even car dealerships---all intended to help people make informed choices about how to live in our town and keep the ecology in mind.

The response to the guide has been very positive, as measured by the both its disappearance from racks and the accolades of local environmental groups. That said, with a project of this scale, it’s always possible we missed someone who is doing great work in the local green movement, or, worse, potentially misconstrued someone’s work that was included. In our ongoing efforts to make the guide as interactive as possible, we’d like to share a few conversations we’ve had that bear mentioning, as an update to the existing guide and to set the record straight.

In our list of cafes that offer Fair Trade coffee, we somehow neglected to mention Uncommon Grounds, in its three downtown locations---four, including the Public Gardens location when it’s open. They make their baked goods from scratch on site, and offer a discount of 10 cents per coffee for anyone who shows up with a travel mug. We also didn’t mention the World Wildlife Federation: the WWF has an Atlantic chapter (5251 Duke Street, 482-1105) and has initiated a number of fine global conservation programs, including the recent Earth Hour. The Just Us! Development and Education Society, a Nova Scotia non-profit (judesfairtrade.ca), is committed to raising awareness about fair-trade and social justice, and should have been included, and we missed The Loop (1547 Barrington, 429-5667), the knitting cafe that carries local and organic knitting goods and materials. And Mills Brothers (5486 Spring Garden, 429-6111) didn’t make it into our Beauty section, despite carrying a number of organic and chemical-free products, including Jurlique, Ren Skincare, Erbaviva and Johnathan vegan hair care products.

And there certainly are more out there. With the feedback we are receiving, we anticipate our second edition in 2009 to be that much more comprehensive. There are other areas---green pet care and vegetarianism organizations, for example---which may make an appearance next year.

Then there were those who did make it into Green Halifax, but felt misrepresented. Liz Crocker of P’lovers wants it to be clear that the long-running environmental store wasn’t just her dream, but also that of local co-founder and co-owner Ann Caverzan, who wasn’t mentioned in the feature story on the business. Another clarification involves My Generation---Personal Power Solutions, which took exception to being described as “sort of” an energy consultancy. An energy consultancy it is, indubitably. They also say the Natural Resources Canada reports that the SolarWall, the solar energy air heating system the company distributes, is “75 to 80 percent efficient.” So, it’s not just My Generation---Personal Power Solutions that are crowing about the efficacy of the green technology they offer, it’s the government.

The online version of our guide will be revised on a regular basis as new information becomes available, and not only does it offer updated information, it includes web-only feature stories on green roofs and strawbale houses (both exist in healthy numbers here in the HRM), local hotels making an effort to be more environmental, hiking trails, flower shops and secondhand and vintage clothing outlets (reuse and recycle those clothes, people!), as well as government rebates and incentives for energy savings.

We hope you’ll visit us at thecoast.ca/green, and pick up Green Halifax, available everywhere now.