Greetings to a career I didn't reach

How my dream job became an alternative world. 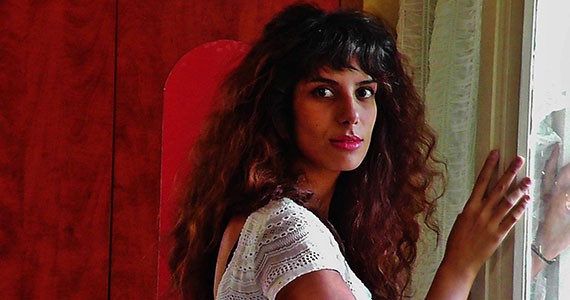 In 1995, when I was nine years old and living in Al-Swaidaa, a city in the south of Syria, my oldest sister used to take me with her to the hairdresser once a month. My love, my dream started there.

I would read fashion magazines during each visit. They were my window to a different world. In other countries, television and the internet opened dreams for young people. We weren’t so lucky in Syria. We only had a couple of TV stations, one hour-long entertainment show once a week and none of them were that good.

But we had lots of magazines. There were lots of them at the hairdressing studio. It was a huge pleasure to thumb the pages and meet different people inside; people with different colours, smiles and shapes.

The beauty of women in the magazines is because they are strong. No one could prevent them from being models, from appearing in commercials or being actors, regardless of how they looked.

I was 10 years old when I decided to be a model. At that time, I thought I just had to decide what I want to do, to do it. I didn’t share my desire with anyone, because I had a feeling my family would not be pleased. I was sure they would say something annoying and even something shocking to me.

In my community, many considered modelling a step away from prostitution. I didn’t see it that way, and tried to explain it to my close friends. In other countries, how it could be a career like anything else. I went farther than that, and explained how I don’t see it as dishonourable work. Almost all of them answered me the same way: “Bullshit.”

My dream was put on hold in 2004, when I moved to Damascus to start university. I studied French literature for two years. I didn’t like it. I thought if I studied journalism instead, I might be closer to the fashion world. I could write about it and follow its news.

I worked on a movie set, as a stylist assistant. One day the director asked if anyone knew any models, because he wanted them for some scenes. After a long search, we found a local agency that worked with a small group of women. I will never forget the moment when the models came to the location; how the movie crew started exchanging whispers about them, describing them as “prostitutes.” It hurt my feelings to hear young people, who are supposed to be open to the world, saying that. I call that “jahel” (ignorant).

In Damascus, my life became richer with people, places, feelings, sounds, experiences. My work was fine. I taught myself how to love it and to be good in it.

In 2011 the war started in Syria. As a journalist I write about war and everything related to it. After six years dealing with the news about death, and moving from one country to another, running from the war, my brain became more interactive with dark thoughts and vibes.

I recently moved to Canada and now I live in Halifax. After a couple of months here, I started to feel less pressure in terms of spatial stability, so I decided to recover even a small part of my old life and start writing about something different, not only war news.

This is my first article in English. This was a huge challenge for me to write, to share my thoughts in a new language, to use the small group of words which I have to tell a story.