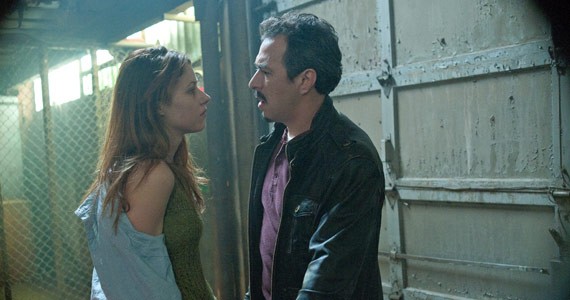 "I love this city. I love what it could be," says Michael Melski. "But it's not a postcard anymore."

Filmmaker, playwright and longtime Haligonian, Melski has woken up early on a snowy morning to discuss the theatrical release of his movie, Charlie Zone, over coffee at Mary's Place on Robie Street. A dramatic thriller, about a down-on-his-luck boxer (Glen Gould) who is hired to rescue a young heroin addict (Amanda Crew), Charlie Zone is not an easy film. It presents a violent, dangerous tableau of Halifax that remains sadly relevant.

Just the past month has seen a rape on Agricola Street, a home invasion in Spryfield, a stabbing, drug raid and the now infamous case of alleged bouncer aggression at The Carleton.

"When we were making the film, there were 10 swarmings that summer. I don't recall ever reading about a series of arrests for those incidents involving innocent people. Though the Halifax police are quick to trumpet all the traffic violations they're quick to make. We have the best metre-reading force in all of North America, but where are the arrests in this province? Where is the police ownership of the fact that people don't feel safe on the streets anymore?"

Those everyday hazards of Halifax were what Melski set out to viscerally show when filming Charlie Zone two years ago. Shot in some of the same local neighbourhoods he grew up in, the movie has a gritty veracity to its wide-eyed portrayal of drug addiction, torture and sexual abuse. It's not the same city you'll see advertised to tourists.

"If your eyeline is Spring Garden Road and Argyle Street, you're missing a lot about what the big picture of Halifax is," says Melski. "People that live in the margins are very aware, too aware. There's an interest in promoting that idea of Halifax. There is a lot of beauty here, there's a lot of very generous, kind people here, but that portrait is not dimensional. It doesn't embrace the realities of living, you know?"

Melski says he's ecstatic that his "small, dark, dirty little indie" is getting its own theatrical run---starting on screens in Halifax, Toronto and Sydney on Friday, March 1. He hopes audiences, both local and foreign, get to witness some of the longstanding issues of poverty, racism and class warfare his "thriller with humanity" displays.

"We're all part of this," says Melski. "and as soon as we start to embrace that and fight for more change I think people, I think the city will have to listen."

In the meantime, Melski will be busy working on some equally dark subject matter. As Eastern Front Theatre's new artist-in-residence, Melski will be writing a play (tentatively titled Kreepy and Little Manson) which explores the true story of the Canadian gangster who taught Charles Manson how to play guitar. Like Charlie Zone, it's a tale of how ambition can lead to despair and ultimately violence.

"I'm fascinated with thwarted creativity leading to murder," he says of the project. "It stimulates something that I have to explore, that I have to try and help in some way. I've been lucky enough to make a living doing that."