A sense of community is needed most by society’s vulnerable. 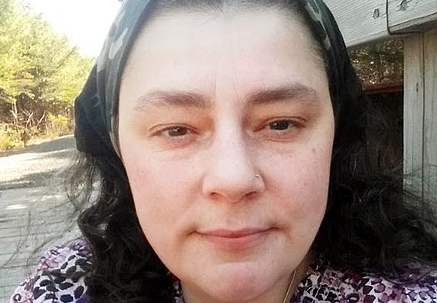 Councillor Darren Fisher of Harbourview-Burnside-Dartmouth East recently caused a controversy which caught my attention on Twitter. Acting on behalf of local residents who had concerns about the number of group homes in their neighbourhood—while admitting he didn't know specific numbers—Fisher said: "It'd be the same if a small neighbourhood had one convenience store, they're fine with it. But if there were five convenience stores in the same neighbourhood they might have the same feeling."

Likening people in need of group housing to convenience stores hurt. That "not in my backyard" mindset still permeates much of society. As my health and neurology change, even worsen, I think about this a lot. I may eventually need a group home—will they be there? Will I be forced from my home and community, where I have a sense of belonging? Separation creates isolation and opportunities for abuse of those already so vulnerable. We need to keep families and communities working together and safe.

I was diagnosed with a migraine and Sensory Processing Disorder before my teens. It was the beginning of a quest to understand what was causing so much chaos in my brain. My childhood had a lot of trauma in it—more than some people, less than others—but that trauma was deeply affecting for me.

When the clash of home life and neurological difficulties became too much I faced being sent to the Girls School in Truro. I was very aware of it, and the Boys School in Shelburne. I have family members who never recovered from what happened to them there.

I ran away from home which resulted in intense outpatient therapy as a last resort. I received an incorrect diagnosis of manic depression, but it got me on the right, though long, path. A path that three years ago finally led to finding out that I'm autistic.

Based on the latest one for every 68 statistic of people being on the autism spectrum we can expect the numbers to be as such: In the Halifax area there are 6,940 autistic people; province-wide 13,853 autistic people. So we're already your community members and more than that, we are people like everyone else.

It's disheartening to see the outdated, misguided fears about people like me, who need accommodation and support. This isn't about thinking we deserve more than others. It's about basic human compassion. Our society is in desperate need of adult services in all areas of mental health. What message does this send to at-risk youth? Where's their hope?

I've lived in many parts of Nova Scotia during my 4.6 decades. I've experienced first-hand what integration, education and acceptance for those not considered neurotypical can be like. It's amazing.

We all have a story, our own set of hardships or shining human moments. My wish is that those complaining in this Dartmouth community learn this about autistics: many of us want, even crave, the social aspects of the human experience. We just need a bit more time to make connections, and that can start with community support. Picking who gets to stay or go is unacceptable. So let's try it a different way. The world right now is overcoming things we never dreamed we could. Let acceptance be part of that positive change.