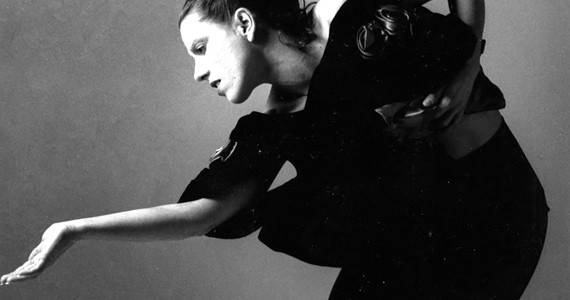 It's a sunny day in Halifax, and veteran dancer and choreographer Gwen Noah intends to make the most of it. Despite raising a blister on her foot, she's walked the many blocks from her home to her office at Halifax Dance, and suggests that the interview be conducted on a bench outside. She lights up a cigarette---"I'm from the old school, when dancers always smoked"---and proceeds to discuss her love of dance and life as an artist in Atlantic Canada and to enthuse about the upcoming party and fundraiser, The Tulip Saloon.

Gwen Noah Dance is coming to the end of a year of celebrations to mark the company's 20-year anniversary. The festivities began last May with a retrospective called Here, a show which included excerpts from two decades of Noah's original contemporary dance pieces as well as original musical compositions by Norman Adams, Sandy Moore and Paul Cram.

Noah says collaborating and creating with so many wonderful composers is one of the most satisfying parts of her work as a choreographer. "The company is really dedicated to working with local musicians and composers," she explains. "When I'm creating longer pieces, I usually begin with a really good sense of the movement I want. Then I show the composer 15 minutes of what I'm thinking of, and we build the piece together from there."

People often remark that there is a sense of isolation in Noah's work. The dancers seldom touch, and seem complete in their own small worlds. For Noah, this is a reflection of what she sees in society today. "Remember those Walkman things that everyone used to walk around listening to?" she asks, chuckling raspily. "When I look around me, I see people plugged into all sorts of things along those lines. My dances often reflect the disconnect I observe around me."

Creating dance is a passion and calling for Noah, but she cautions young would-be dancers and choreographers to consider their career choices carefully.

"Life in the arts in Canada is a difficult road for anyone. You have to really want do it with all your heart," she says. "I'd advise someone who's considering dance as a career to get a good education beyond dance. It can't hurt to have something to fall back on."

The troupe's 20 years as a thriving dance company is something to applaud, and Noah sees The Tulip Saloon as an opportunity for people from both in and outside the dance world to celebrate together.

The evening's entertainment will include excerpts from first thought, best thought performed by Sarah Douglas, a young dancer who has worked extensively with Noah. Musician and improviser Jeff Torbert will perform a duet with Noah based on a love poem, and Serpvachordum Trio will do a playful, edgy, improvised set that features a vacuum cleaner as an instrument.

Added to that is a silent auction that Noah promises will offer everything from pedicures to hotel stays, as well as delicious eats and a pay bar.

Noah looks a bit bemused when asked where the name for the event came from. She pauses before answering.

"It's just kind of evocative, isn't it? You know, putting 'tulip' and 'saloon' together creates all sorts of pictures."

She stops and grins.