Feedback provided several weeks ago said the area has multiple planning challenges that “would be difficult to overcome.” 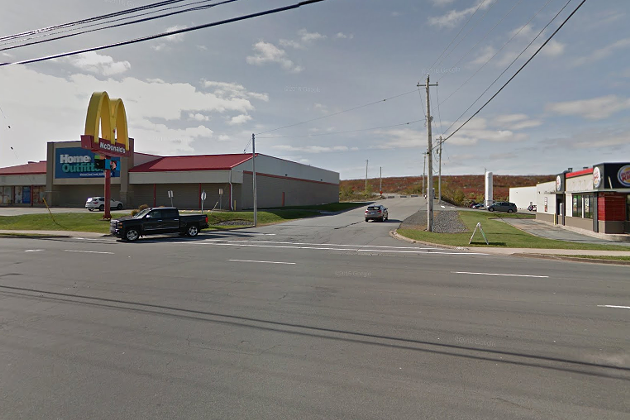 Halifax planning staff told the province that the location of its new outpatient clinic had significant transportation and community-building challenges which “would be difficult to overcome.”

“Evidently,” says the councillor for Halifax South Downtown, that advice was ignored.

“It doesn’t really meet any of our goals,” says Waye Mason.

The provincial government announced last week that it had purchased 15 acres of land—at a cost of $7.5 million—from Banc Commercial Properties to become the future home of a new outpatient clinic.

Part of the QEII redevelopment, the new medical facility will provide several services currently only offered downtown. It will be built over the next four years on a patch of land behind Home Outfitters and Marshalls in the Bayers Lake Industrial Park.

The location choice drew immediate criticism from transit and planning advocates. Bayers Lake, they say, is the worst of both worlds: as inaccessible as rural Nova Scotia to anyone without a car, and as congested with traffic as the downtown.

“This is the worst-designed, overburdened street [in the province],” says Mason, “and now we’re doubling down on that and making it worse.”

The municipality's planning staff didn’t like the location either.

Halifax spokesperson Lucas Wide writes in an email that there was never any official consultation with city planners. But the provincial department of Transportation and Infrastructure did contact HRM several weeks ago with a request for “high-level feedback” on several properties.

The reason for the request wasn't initially disclosed, but over the course of the discussion, Wide says “it became clear” that the information would be used to site a new health care facility.

Other potential locations the province considered included the Mainland North Common, a Shannex-owned property in Bedford South and the former Rona in Bayers Lake.

Planners with HRM considered the Mainland North Common “by far the best-suited site for transit,” followed by Bedford South and a tie for last between both Bayers Lake locations.

“Municipal staff identified that the site of the Banc property would not be aligned strategically with overall municipal objectives and that it has transportation and community-building challenges that would be difficult to overcome,” says Wide. 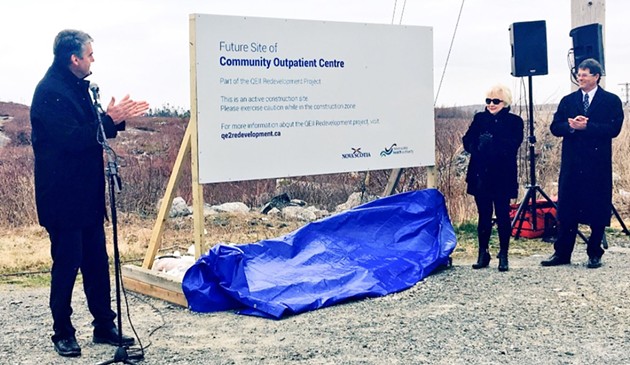 Part of the problem is that the business park isn’t a business park. It was designed for industrial uses, not retail or mixed-use. Mason says that’s why the road network and water service in the BLIP remains spartan, and why any talk of increasing transit to the area is a pipe dream.

“Nowhere in the world do you have industrial parks laid out like that that are well-serviced by transit because the resident population of the buildings are too low, and the buildings are spread too far apart, and they’re too far back from the street,” says the councillor.

“In order for the city to provide regular transit…the province will have to provide us with operational funding, forever, to pay for that bus.”

Premier Stephen McNeil told reporters at last week’s announcement that he would be discussing the area’s lack of transit with HRM. This week, Liberal MLA Iain Rankin said on Twitter that “there is a good chance” the government will provide Halifax with more money to increase transit to the site.

Rankin also said he expects the municipality will alter its transit operations to service the new outpatient clinic.

“If you don't think HRM will add a bus route from Lacewood directly to the centre when it is built you haven't been paying attention,” tweeted Rankin at NDP MLA Lisa Roberts.

It might not be that easy. The clinic's chosen location clashes with multiple planning strategies HRM has spent the last several years investing thousands of hours of labour and public engagement in compiling—initiatives like the Regional Plan, Centre Plan, Integrated Mobility Plan and Moving Forward Together transit plan.

“...the worst, most congested street in all of Nova Scotia.” tweet this
Provincial spokesperson Brian Taylor wouldn’t comment on the premier’s remarks or Mason’s assessment that a transit route to the new clinic would need operational funding in perpetuity.

Transit is important, says Taylor, but it wasn’t the “sole focus” in determining the clinic’s location.

The government looked at population density, ease of acquisition, ease of development, accessibility and cost. The site had to be 15 acres and fall outside the “radius” of both the Victoria General downtown and the Cobequid Community Health Centre in Lower Sackville.

“When all was considered, the Bayers Lake Business Park was identified as the best site for the new Community Outpatient Centre and the best price for taxpayers,” Taylor writes over email.

The spokesperson says the site's primary users will be the 40 percent of people living outside the downtown core and in rural communities who don’t want to fight traffic on the peninsula for medical appointments.

“Traffic and parking are often cited as major concerns when travelling to the VG site of the QEII Health Sciences Centre.”

But putting anything in Bayers Lake to try and avoid traffic jams is laughable, says Mason.

“It’s absurd to hear anyone say that they are taking that outpatient [clinic] out of downtown because people don’t like driving downtown and then putting it in—what I think most of us would agree, on a Saturday, a Sunday or the month of December—is actually the worst, most congested street in all of Nova Scotia.”

According to Wide, HRM staff remain “committed to continued collaboration” with the province to ensure the clinic supports Halifax's five-year plan for healthy, livable communities.