Halifax confesses all of its sexual secrets

Readers open up and bare all for our Sex + Dating survey.

“I was once face-timing with a friend. It ended up in an hour of webcam sex. He told me what to do (stripped, fingered myself, talked dirty) and I did it as he masturbated to me. We share the same best friends and to this day no one knows.”


“I've always wondered what getting penetrated by another dude would be like. Also what it would be like to give/receive head. I might have gone through with it if it wasn't for the fact that men do not turn me on what so ever, I am 100 percent attracted to females.”


“I wanna live in a beach nudist colony.”

“I was obsessed with a guy who I had casual sex with occasionally over the course of a year-and-a-half. The sex was pretty good. Last time I had sex with him he cut his hair and I was super upset and didn't find him attractive so I thought about my ex the whole time. I also yelled the wrong name in bed once, it happened to be my boyfriend at the time and the name I yelled was his best friend.”


“The first time ever I masturbated it was while listening to a Madonna CD.”


“I once puked in my mouth while sucking dick but just swallowed it back again without stopping. I'm pretty sure he didn't notice.”

“I'd like to try sex with a woman, but don't know how that would work, since I'm happily married.”


“I have previously a blog where I posed nude as a fictional character.”


“I hate every last bit of it, for almost 40 years. It's gross and boring. I've never, not once, liked it. I have no curiosity about it. I've just done it because it seemed that partners wanted it. But . I hate it.” 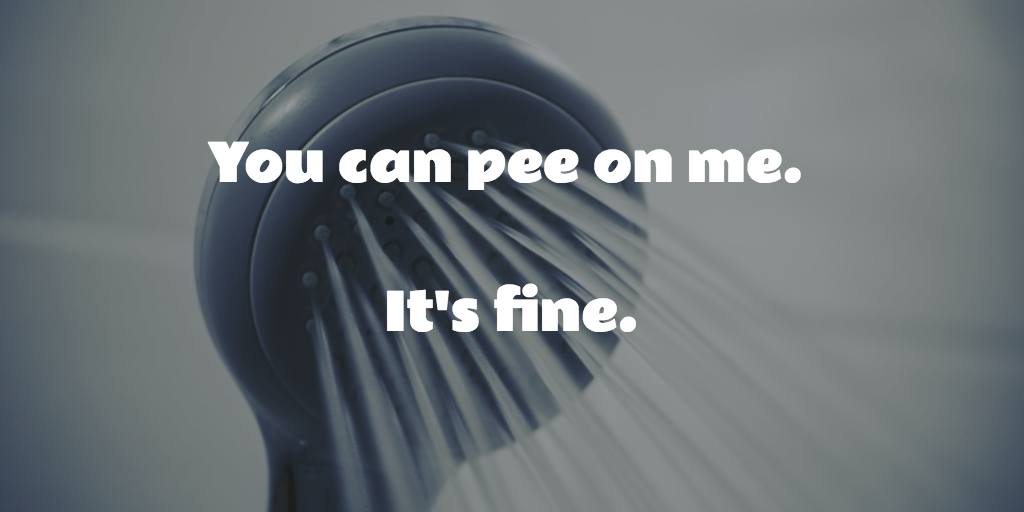 “My first O was break up sex after being with the guy for over a year. I was young but I had no idea what I'd been missing out on.”


“I can only make myself squirt if I'm in the bathtub” tweet this
“I had sex with a friend in the car that another friend was currently sleeping in.”


“I’d love to attend a swingers party. Is that even what you call a house full of anonymous adults all wanting to itch their sexual appetite?”

“I was so drunk that I forgot to remove my tampon before having sex with my fuck buddy. It was near the end of my period and neither he nor I noticed.”


“I never had an orgasm during sex with my first boyfriend of nearly five years.”

“I've faked numerous orgasms when I was the top.” tweet this

“I've fisted myself back in high school. Which is hot and not new, but oddly have not tried again or told anyone.”


“My current boyfriend is rough during sex and I don't think I could go back to sex without it.”

“I have a fantasy of being railed by three guys at the same time; one in each hole. The thing is, I have no desire to explore analysis or to ever actually sleep with more than one person at once.”


“I want to fuck my best friend really bad. My girlfriend and I have been trying to get him and his girlfriend to have sex with us, but they don't know it's mostly so I can be with him.”

“I'm really into spanking, I'd like to feel near-extreme pain as part of a sexual encounter (or as the only part of it). I'm into Japanese bondage, but it's hard to find people into that in Halifax.”


“I had sex with my best friend’s sister’s boyfriend. I didn't know until the next morning that he was the guy she had been with for two years. I try to keep that out of my memory.”