Pot legalization was the story of the year across Canada, and city council responded by essentially throwing a tantrum. 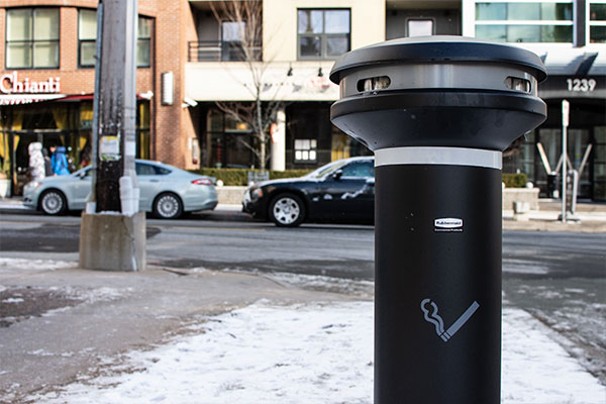 The drug cartel machinations that make for such great binge-watching played out in real life around the legalization of cannabis.

Kingpin Justin Trudeau, a glamorous jet-setter protected by armed guards, issues the game-changing orders: Weed is legal now, and for my tribute, I’m taking a dollar-per-gram “excise tax” kickback. On a rung below him, the provinces set up the supply chain, making sure the dealers have to sell and are getting it into customers’ hands. For doing all this work of the lieutenants, the provinces get a cut of Trudeau’s toking tax. At the bottom of the ladder are the cities, making none of the profit but having to clean up all the messes, which means paying for police to deal with high drivers among other pot problems.

Fiction has a lot to teach us about dealing with situations of imbalanced power. Unfortunately, Halifax decided to learn its lessons from The Office.

With projections that dealing with legal weed will cost Halifax more than $3 million annually, and the pot legalization date of October 17 looming, city council essentially threw a tantrum. In a fit of puritanical petulance, council voted in July to amend the nuisance bylaws to outlaw smoking of any kind—including tobacco, cannabis and nicotine juice; cigarettes, joints and vapes—on municipal property, except in designated smoking areas the city promised to create.

Making it illegal to smoke weed on the streets and sidewalks of Halifax would certainly show Trudeau where he could stick his legalization. Unfortunately for , working so blatantly at cross purposes to federal law, at the same time as newly criminalizing tobacco, earned it national derision from both cigarette and weed smokers. In response to the outcry, two weeks later council reversed course, asking city staff to help figure out how to sharpen up the law. The goal was to leave cigarettes alone, because they are legal and used by lots of people, and instead target Trudeau’s cannabis, because it is going to be legal and probably used by lots of people and, oh, just shut up!

In September the staff report came back, and this time the derision was coming from inside the house. The report said council was correct to do more to stamp out cigarettes (“The regulation of smoking recognizes Council’s long-standing commitment to ‘Healthy, Liveable Communities’”) and it’s hard to clamp down on one type of legal smoking while allowing another type: “Changing the prohibition from a general smoking ban to a smoking ban only respecting cannabis will make enforcement more difficult. Investigators will need to get close enough to the offender to see what they are smoking and to smell the smoke. Courts may also require some level of scientific analysis that the substance being smoked was in fact cannabis.”

Running out of time and keen to avoid complicated (read: expensive) law enforcement situations, but unwilling to back down completely, council retreated to the security of its initial blanket ban. October 15, two days before legalization, the amended law went into effect, banning any kind of smoking or vaping on city property, except for in designated smoking areas. That day only nine DSAs had been established for a municipality the size of Prince Edward Island.

“I think we owe an apology to the public for the fact there aren’t enough designated smoking areas on the rollout,” deputy mayor Waye Mason told The Coast’s Boon.

Two months later, as the nation’s is coming to a close, Halifax is home to 80 DSAs. The city has received exactly 11 complaints about people smoking outside. Police have issued zero tickets. And a StatsCan analysis of sewage across the country found that Haligonians are smoking the most pot per in Canada.

A note to our readers from the founders of The Coast

By Christine Oreskovich and Kyle Shaw