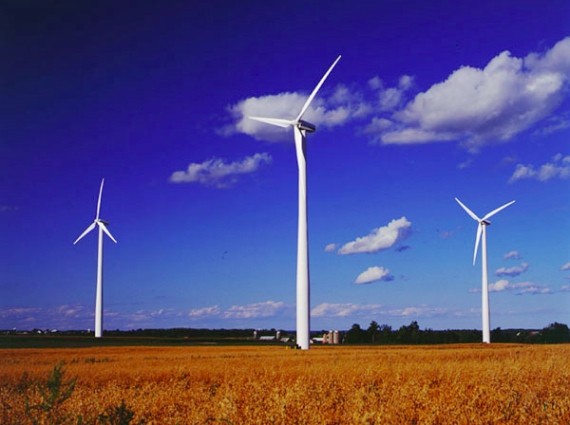 Halifax council Tuesday moved one step closer to implementing a wind turbine policy, by agreeing to increase the distance between turbines and nearby houses.

The most contentious issue is related to the large, industrial turbines that are used in commercial wind farms---those over 60 metres tall. Residents in Jedorre have been particually concerned, as a wind farm has been proposed near that community.

City staff had originally proposed a mandatory setback of 500 metres, but after two heavily attended public hearing had increased the distance to 750 metres. That wasn’t enough for councillor Steve Streatch, who represents Jedorre; Streatch made a motion to increase the distance to 1,000 metres---a full kilometre---and council readily agreed. A few dozen Jedorre residents who came to watch the proceedings seemed pleased.

The ordinance will completely ban large turbines in the urban area, although smaller turbines will be allowed with varying setbacks depending on height. In practical terms, the setback distances preclude urban turbines almost everywhere in the urban area, with the exception of business parks.

A staff report shows that the most advantageous ares for large turbines is a narrow strip of land along the ocean front where winds average more than 6.5 metres per second at 80-foot altitudes. With the 1,000-foot setback requirements, large turbines will be allowed on only about 23 percent of that land.

The turbine zoning ordinances still have to go back for rewriting, and council insisted that public input session be added to the permitting process. The completed rules should be in place this fall.