Denial of Service attack on NDP leadership vote was the first such attack ever, says Scytl manager. 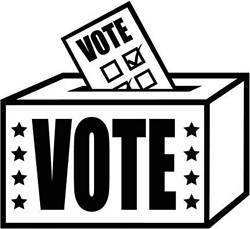 Last weekend’s NDP leadership vote was the target of a “deliberate large-scale Distributed Denial of Service attack that attempted to deny NDP members access to the online balloting system,” says a press released issued Tuesday by Scytl, the company hired to conduct the e-voting.

Scytl is a Barcelona, Spain-headquartered company, and the largest e-voting firm in the world. It recently entered the North American market via its Toronto-based Scytl Canada subsidiary, and has been hired by the city of Halifax to conduct the e-voting portion of the October municipal elections.

Scytl’s press release says that the attack came via 10,000 unique IP addresses. By Wednesday, when The Coast spoke with Scyltl Canada general manager Susan Crutchlow, that number had been increased to 15,000. It seems unlikely that 15,000 people were involved in the attack, agrees Crutchlow; “you’re probably good to assume it was a virus.”

Both Crutchlow and Halifax municipal clerk Cathy Mellet are quick to defend Scytl’s e-voting system. “This is the first time a Denial of Service attack has ever happened in an election,” Crutchlow tells The Coast. “And the attack did not compromise the integrity of the election.” Voting was delayed up to three hours, however.

“The electronic portion of our election is spread over 13 days,” Mellet tells The Coast. “So it’s unlikely we’ll face the kind of problems the NDP saw.” Moreover, the e-voting ends 36 hours before in-person polling stations open, she adds, giving time for problems to be worked out.

Scytl was awarded a $553,000 contract for the Halifax election in January, beating out Dartmouth firm Intelivote. An eight-week Proof of Contract test was completed successfully on March 16, says Mellet.