Halifax is on the front lines of environmental stewardship

It's not too late for Canada to take meaningful action against climate change. 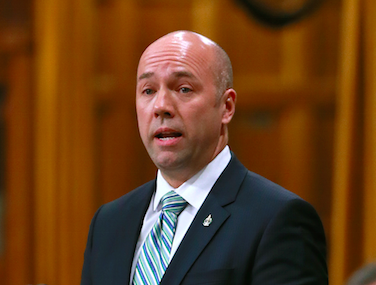 In November 2015, an open letter appeared in this paper addressed to me, the then-newly elected Halifax MP. The subject line: “It’s time to step up on climate change.”

Since the open letter was published six months ago, I’ve met with its authors and other environmental groups in Halifax. The message I received was clear: We want meaningful action on climate change now.

The demand was no surprise. The people of Halifax have always demanded environmental leadership from their elected representatives.

Our city has no other responsible choice.

As one of Canada’s principal coastal cities, Halifax stands on the front lines in the battle against climate change. The impact of greenhouse gas emissions, if not curbed, will have serious repercussions for our beloved city.

So I was proud to heed this call for environmental leadership by introducing my private member’s motion, known as M-45, in the House of Commons last month.

If passed, M-45 would require greenhouse gas emissions analyses to be part of applications for federal infrastructure funding, and would prioritize funding for infrastructure that mitigates the impacts of climate change.

As a city planner of 25 years, I know instinctively that the way we build our communities, the kind of infrastructure we deploy, will in large measure determine how we face—and whether we win or lose—the battle against climate change. For that reason we must consider whether the infrastructure investments we are making today might have future risks that outweigh their benefits.

And this is why environmental impact must be a key consideration in the rollout of this historic infrastructure program. It provides the opportunity to kickstart our transition to a low-carbon economy.

Accounting for the greenhouse gas emissions of our infrastructure projects—as my motion would require—will have a variety of positive impacts.

First, the motion will provide data that enables evidence-based decision-making by government.

Second, it will encourage investment in low-carbon infrastructure which is more cost efficient, as it is more resilient.

And fourth, it will assist us in meeting our international carbon-reduction commitments, like those included in the Paris climate agreement just signed by the prime minister. It will help position Canada once again as an active and respected partner in the world-wide fight against climate change.

M-45 will likely receive its second hour of debate in the early fall, followed by a vote shortly thereafter. In the meantime, I will be speaking with environmental organizations, industry leaders, constituents and my fellow MPs to build support for my motion. I hope the people of Halifax will also join that conversation, by sending feedback my way or helping me spread the word.

It isn’t too late to take decisive, meaningful action in the battle against climate change. As the MP for Halifax, I’m determined to make sure our city—and our country—is helping to lead the charge in that good fight.