Halifax is smarter than Vancouver and it's time to prove it

Spot-rezoning was the beginning of the end for livability in Vancouver. Halifax is travelling down a similar and dangerous road. 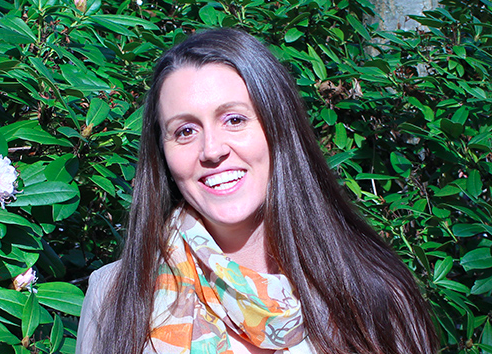 When I left Vancouver a year ago to settle into my new life here in Halifax, I was so relieved to think of never having to speak in front of city council ever again. Seven long years of fighting for livability and affordable housing in Metro Vancouver left me drained, depressed and defeated. Leaving all of that behind, I chose to move to a city that seemed to value its people, history and character, even in the face of urbanization.

Imagine my dismay this week at finding myself exactly where I was in Vancouver: Speaking out against a high-rise development project at City Hall. I wasn't looking forward to it, especially with my four-month-old baby in tow on a cold winter night, but I figured I owed it to this beautiful city I now call home. I owed it to my fellow citizens who have welcomed me here with such unbelievable kindness and hospitality. I also owed it to my son and his generation, who will be left to deal with the consequences of our decisions.

This week's public hearing on a development application for a 25-storey high-rise at Robie and Quinpool was a total déjà vu for me—a carbon copy of the dozens of hearings I attended in Vancouver between 2009 and 2016. In the absence of the finalized Centre Plan detailing building codes and bylaws for new development, the city of Halifax is travelling down a similar and dangerous road—approving projects on a case-by-case basis. This process (called spot-rezoning) was the beginning of the end for livability in Vancouver.

Spot-rezoning using public hearings is frustration for citizens, councillors and developers. There is no common theme for discussion. Many people spoke to the shadow that will inevitably fall on the Common and the wind gusts created by a 20- or 25-storey tower. My biggest concern was the lack of public benefits included in the proposal. The only mention of such was the developer's offer of 10 units of "affordable housing" for a period of 15 years. There was no mention of any mechanism in place that would ensure the developer's "promise" will be kept once the building is complete. Does anyone believe that 10 units are enough or that 15 years is sufficient? Is this what we are willing to settle for?

I am not anti-development, nor am I an architect. What I bring to the table is eight years of experience as an affordable housing advocate in a city that has now been turned upside down by high-rise development on a massive scale. Dozens of small businesses have disappeared and a vibrant community has been lost. Vancouver's problem was an absence of public policy for urban growth. In other words, a people-centred approach to development. For Vancouver, there is no turning back. Halifax, on the other hand, is at a crossroads and I am nothing but hopeful. Why hopeful? Because what I witnessed this week at the public hearing were engaged citizens and a thoughtful city council (two elements missing at Vancouver's city hall for almost a decade).

The work left to be done now is to push both the provincial and the federal governments for better housing policy, along with increased funding. We must also speak up and make decisions based on what we value most. Will we continue to argue about shadows and wind or will we shift the conversation to public amenities and affordable housing? Halifax doesn't have to become a victim. We're smarter than Vancouver, and it's our time to prove it!