Cops say the move is an effort to build a stronger, sustainable relationship with LGBTQ+ community. 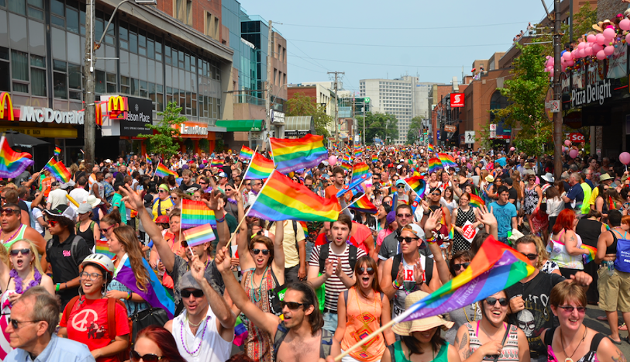 Halifax Regional Police will be increasing their presence at this year’s Pride festival, but the department won’t be partaking in the annual parade.

The voluntary withdrawal was announced today by HRP after ongoing discussions with Halifax Pride and coming amidst national debate about the appropriateness of a uniformed police presence in pride parades.

“We feel that stepping away temporarily from the parade will best support the LGBT2Q+ community by helping to allow for meaningful discussion of this divisive issue,” said chief Jean-Michel Blais in a press release.

“After several months of discussion with Halifax Pride, we recognized that our participation in the parade may contribute to divisions in the LGBT2Q+ community which is contrary to our intent of building a strong and sustainable relationship.”

Áine Morse, board co-chair of the Nova Scotia Rainbow Action Project (NSRAP) says the voluntary withdrawal is an important recognition by the department of the division and historical infliction of violence by police against queer, trans, and two-spirit people—in particular Black, Indigenous and People of Colour (BIPOC).

“Today's announcement is an acknowledgement and response to the pink-washing of police services,” says Morse in an emailed statement. “It’s an important starting place for building a safer, more inclusive Pride festival.”

Toronto’s Pride recently voted in favour of a demand from Black Lives Matter to ban police involvement at future parades in that city. The voluntary withdrawal of HRP is, by contrast, the first of its kind in Canada according to Pride’s new executive director Adam Reid.

The announcement comes just days after Reid released a public apology in response to the organization’s annual general meeting last year, during which a sudden influx of new members voted down a motion put forward by Queer Arabs of Halifax to prevent the presence of corporate “pink-washing” elements at future festivals. In his apology, Reid said the AGM was “full of racism, misogyny, and hate.”

Morse says that while Pride’s apology was necessary, action and accountability need to follow in order to be truly representative and welcoming. They say the community is frustrated that it took four months for this statement to be released.

“I think there’s this disconnect in being willing to admit that the AGM meeting that had ‘racism, misogyny and hate’ present…to say that happened but the AGM is still valid and we’re still going to go with it and all the decisions that were made there.”

This year’s Pride festival will take place from July 13 to the 23.