Cops shoot down suggestion from police commissioners for a moratorium on the tactic, which new data shows overwhelmingly targets black residents. 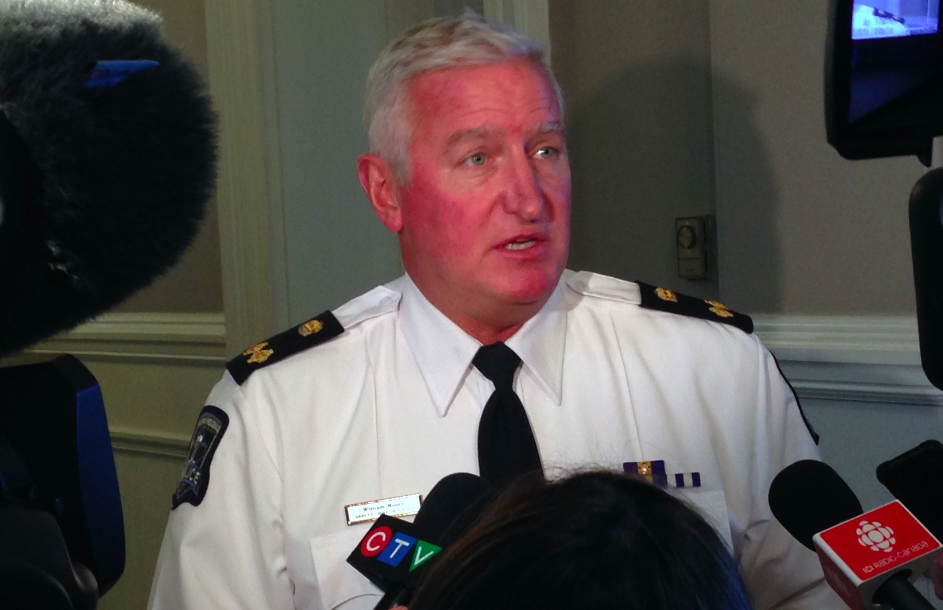 With no research on its effectiveness, and facing strong evidence that black people are overwhelmingly targeted, Halifax Regional Police still aren’t interested in suspending the practice of “street checks.”

The idea for a moratorium on the controversial tactic was made by Sylvia Parris—the lone African-Nova Scotian representative on Halifax’s Board of Police Commissioners—during a meeting Monday afternoon to discuss more than a decade of recently released data that shows black Haligonians are three times more likely than white individuals to be stopped by Halifax Regional Police (HRP).

Young, black males “were the most disproportionately over-represented in the data” according to the department’s research coordinator, Chris Giacomantonio. In total, African Nova Scotians accounted for over 11 percent of individuals stopped by police, despite being only 3.6 percent of the municipality’s population. Many of those checked had no prior criminal charges, though they were often “known to police.”

“There is clear evidence that racial profiling is endemic in the strategies and practices used by law enforcement,” said Parris, quoting findings from the United Nations Working Group of Experts on People of African Descent after its cross-Canada mission last year.

That group’s recommendations included ending “carding” and street checks. Parris asked if Halifax’s police department would consider halting the practice of street checks until “we feel like we’re assured that it can firmly be said that it’s not race-based.”

“I don’t think so, at this point,” answered chief Jean-Michel Blais. “We will continue to talk to people. This is a very important part of our police work.”

A “street check” is any time an officer visually identifies a known individual or—much more often—asks someone in a public place what they're doing or where they're going. According to deputy chief Bill Moore, the public expects police officers to be out having those conversations in a respectful way, free of any overt or subconscious bias. Suspending street checks, he says, could be dangerous.

“My question would be, what would be the potential impact for officers not interacting with people in the middle of the night?“ said Moore. “I’m not trying to bolster our position on this, but let’s make good decisions based on good evidence.”

via HRP
Arab and West Asian individuals were also over-represented in the stats based on population, while street checks of Indigenous residents are below expected averages.

Halifax police have been collecting data on the racial identities of those they stop and talk to since 2005, but no one ever bothered to analyze the data until CBC reporters asked for it under a freedom of information request last fall. The results of that exclusive investigation were published Monday morning, hours before HRP issued a press release containing the same information.

“When the numbers came in, quite frankly, I didn't think they'd come in like that,” Moore told reporters after Monday’s meeting. “We probably should have been running these reports before. But now that we've ran them—now that we know—I expect you're going to see a lot more work in this area.”

The results don’t come as much of a surprise to African Nova Scotians, though. Parris told the board of commissioners on Monday that her own son has been stopped by police on the street before and asked “Where are you going?”

An investigation by The Coast in 2015 found that on average Halifax Regional Police issued twice as many tickets and 30 percent more summary charges for black residents of Halifax as white individuals in the same four-year period. That same year, an article in the Globe and Mail determined street checks were happening far more often per capita in Halifax than in larger cities like Toronto.

Speaking to The Coast in 2015, police diversity equity coordinator Shaun Carvery said when someone’s stopped by HRP it can feel like racial profiling, even if the officer involved wasn’t consciously acting on prejudice.

“In reality, if you don’t have a good reason for stopping somebody, then we’re acting upon our own biases,” Carvery said.

Giacomantonio will now go back and study the data more thoroughly, in an effort to determine whether the street checks have had a positive impact on neighbourhood safety. He’ll also be trying to conclusively figure out what’s contributing to the overrepresentation of black men stopped by Halifax police, something he says could include a wide range of factors beyond anything as seemingly obvious as race.

“It could be where we put our people; what times of things we put foot patrol out for; what types of things we’re asking people to look for,” says Giacomantonio.  “The amount of this that’s down to a problematic bias versus something that’s in a wider system of factors is still a very open question.”