Early bird tickets on sale tomorrow, and the application deadline is a-comin' up! 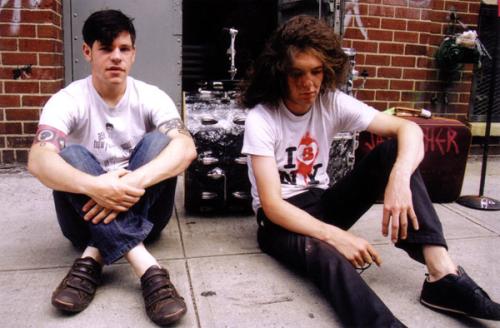 My brother and I tried to start a Japanther-influenced band but ended up just getting high and watching Super Mario cheats on Youtube instead. Thank got the real Japanther didn't waste their time similarly

HPX, voted by you, dear readers as the best music festival for the eighth year in a row, has announced some of the big acts you are in store for this October 20 to 24. Final Fantasy, Japandroids, Japanther, The Acorn, Ohbijou and Julie Doiron with Herman Dune as the initial acts confirmed for its 2009 line-up. Early bird passes for the festival go on sale Friday, July 10 and are available until August 31. Prices are $80 for standard festival passes and $190 for VIP passes. Passes are available online at www.ticketpro.ca and in person at all Ticketpro outlets.

If your awesome band would like to be considered for the fest, you still have time. The deadline to apply to showcase at the 2009 Halifax Pop Explosion is July 20. Both physical and digital submissions are accepted. For more information, check this out.