Community is overwhelmed by official acknowledgement of the festival's importance to the city. 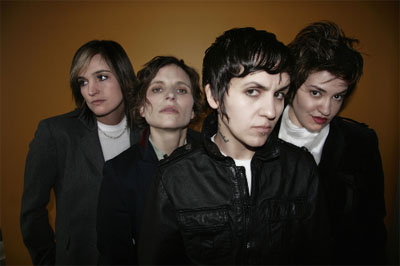 You’ve come a long way, baby: It was only 21 years ago that 75 men and women—-some in face-concealing masks—-marched in the city’s first Pride parade. Last Tuesday, city council voted to give the Halifax Pride Festival hallmark status, which means that it considers the annual event to have a huge impact on the city’s cultural and economic health. The honour also comes with a sweet $25,000 grant towards this year’s celebration, which runs from July 18-26, and should attract an estimated 75,000 people.

Pride chair Hugo Dann says that while the financial boost is significant, the official acknowledgment means more than a stack of cash. “The most important thing about the city’s contribution to Pride this year is the validation for the community,” he explains, a sentiment he says has echoed through the city since the announcement. “How incredibly empowered it makes people feel. Overwhelming, humbling and moving.”

According to Dann, the Pride committee has worked really hard this year to “access appropriate funding” from all three levels of government, including Heritage Canada and Nova Scotia Tourism, Culture & Heritage. “All of these things have big implications for what we can do as programmers and for the future direction of the festival,” he says. “It has so much potential now to become an important part of the cultural landscape of the city.”

This year’s schedule is still trickling in, but get your gloves ready for the Dykes versus Divas ball game on July 19. On July 24, get in touch with your quieter side at the songwriters’ circle, featuring the return of Rae Spoon. July 25’s post-parade show includes The Cliks and one of my favourite bands, The Hidden Cameras. If they don’t make you dance, well, there’s just no hope for those clod-hopping boxes you call feet.