Halifax Regional Council passed almost all recommendations from a recent review to improve the organization. 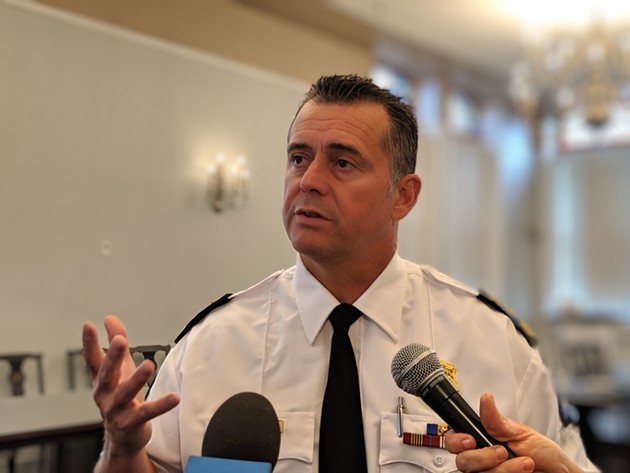 It’s time for a little re-organizing at Halifax Police Headquarters now that regional council has approved a slew of recommendations designed to amp up the “effectiveness and efficiencies” of policing in HRM, including new roles for civilians.

In November 2019, Vancouver-based Perivale and Taylor Consulting prepared a $195,000 report on the internal workings of Halifax’s policing, resulting in 29 recommendations to help streamline the organization.


The report itself, including the justifications for those nearly 30 suggestions, won’t be made available to the public. Staff told council there was a significant amount of “sensitive information” in the report, and even a redacted version would be too “heavily redacted” to be worth releasing.


Still, council approved all but three of the recommendations, noting that the consultants made some suggestions that wouldn’t be feasible under HRM’s unique joint-policing model—which shares policing responsibility between the Halifax Regional Police (HRP) and the RCMP.


Police Chief Dan Kinsella told council he’s been working on reviewing and reshaping the organization since being hired in July, though this external process was initiated at council in April 2018.


“I've taken that time trying to learn the organization see how and where we're deploying and ensuring that we put our members in the appropriate positions, making sure that we have appropriate lines of command, oversight accountability and risk management mechanisms in place,” Kinsella told reporters on Tuesday.


Kinsella said some of the suggested changes are already underway in upper management: the HRP is currently transitioning from one deputy chief to two (though neither have been hired just yet)—one to oversee an administrative branch and the other to oversee an operational branch.


“The organizational chart really balances out the workload across the organization and allows for that better accountability,” Kinsella said.


Part of the new organizational flow is the addition of a support division, intended to provide support to the patrol division and “anywhere else in the organization that's required,” Kinsella said.


He noted that one place the support division might lend a hand with is traffic enforcement, an area many councillors noted was a high priority for their constituents.

Speaking of constituent priorities, the HRP is now planning to conduct a regular, HRM-wide survey to collect information on community priorities and service expectations. The ball is already tentatively rolling on this, staff said, and the aim is to have the first survey ready by the spring.


Amid these suggestions and discussion, there was no mention of the recent report on street checks conducted by Halifax Regional Police, which found that Black people in Halifax were six times more likely to be stopped by police than their representation in the population would suggest.


The report also recommended the ‘civilianization’ of nine HRP positions, though there’s some lingering mystery as to what that process could look like: The report outlines nine specific roles to be shifted from sworn officers to civilian employees, but HRP can’t say exactly which roles they are.


What HRP have said so far is that they’ve hired their first civilians in the forensic identification section and IT and are looking to civilianize the evaluation of electronic evidence.


There’s no official timeline on these shifts, or any indication that an official timeline is to come, but Kinsella said his team is committed to reporting to council through the Board of Police Commissioner as changes come into play.