Halifax to Paris, by way of Syria

Climate change is driving conflicts across the world, and we're starting to see the results. 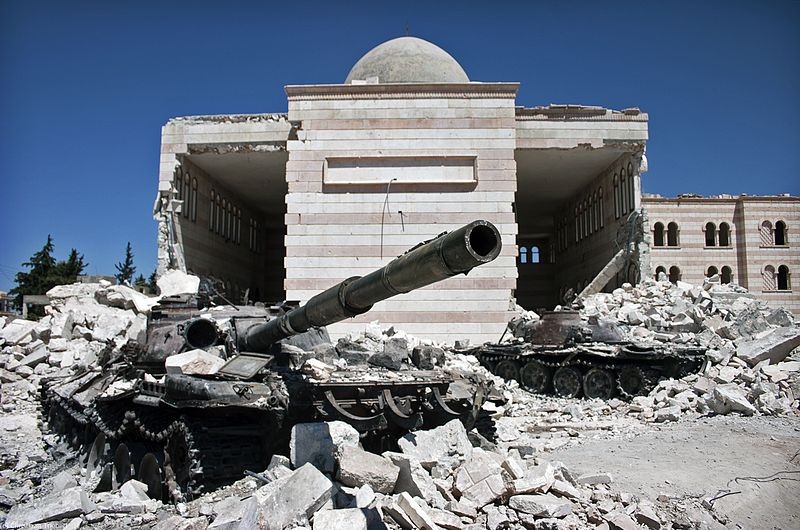 So says Bernie Sanders, US presidential candidate and Democratic senator from Vermont, explaining the links between climate change and the recent attacks in Paris. Over the next two weeks, Paris will be hosting the 21st United Nations Climate Change Conference (COP21). Rightwing pundits and politicians, for whom climate change resembles a fluffy, friendly pink unicorn rather than something that harms humans, have mocked Sanders. But the senator’s position is one shared by academics, scientists, the World Bank and the US military.

“Climate change is an aggravator of conflict and provides terrorists with opportunities to fill political voids,” says Anders Hayden, a political scientist with Dalhousie.

Last year, the World Bank warned of worsening conflict in the Middle East due to drought and resource shortages. Some parts may soon be uninhabitable. The US Department of Defense calls climate change a Threat Multiplier: In unstable regions extreme weather drives people into conflict.

While the logic may elude rightwing demagogues, it turns out Bernie Sanders is correct. A new study by the University of Notre Dame indicates that the same things that make countries resilient to change—improving access to food, potable water and sanitation, decreasing slum populations—also create more peaceful places less likely to produce terrorists.

But can we really blame climate change for 129 murders in a northern city with a mild, moderately wet climate?

It’s difficult to take a single event, be it a hurricane or a terrorist attack, and attribute it to climate change. As Hayden explains, “There’s no guarantee you’re going to get from climate change to terrorism. There is drought in California but there are resources and a stable government to deal with it.”

We do know global warming was an underlying factor in the 2006-2010 drought, which drove millions of desperate rural workers into Syrian cities to compete for jobs, housing, food and water. Their government did not help them. ISIS turned crisis into opportunity, leveraging mass anger to seize control.

So were the men who reaped such carnage on Paris streets products of rural-urban migration, scarcity and poverty? They came from several countries. A few were Syrian. Several were radicalized in wealthy European nations. We don’t yet know their full stories, what they or their families experienced or how they became radicalized.

We only know they were agents of ISIS, which owes its power—in part—to that four-year drought and the inaction of the Syrian government. More recently, they’ve attracted 25,000 new members in the past year. COP21 delegates entering a psychologically damaged City of Lights will surely be left to ponder ISIS.

Meanwhile, Trudeau is keeping to his promises to pull Canadian fighter jets out of Syria bombing missions and welcome 25,000 Syrian refugees to Canada before the end of the February.

As of this writing, Nova Scotian Liberal premier Stephen McNeil is one of only two provincial leaders in Canada not planning to attend COP21. Acting environment minister Randy Delorey will represent the province instead.