Tayvon Clarke doesn't want NS to be the only province without one any longer. 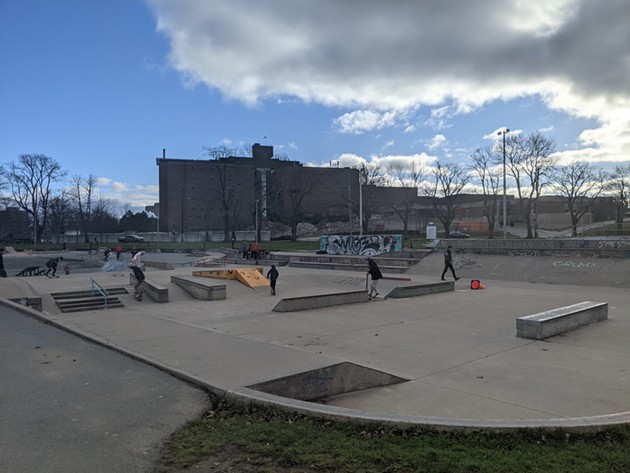 Tayvon Clarke’s best trick on his skateboard is a backside heel flip. To do it he combines a backside 180—which is already a combo of an ollie and a 180-degree turn—and a heelflip, where the heel hits the board and causes it to spin 360 degrees lengthwise. It requires—like all parts of skateboarding—hours and hours of practice to master.

The best place to practice in HRM, says Clarke, is the Halifax Common skatepark. Its combination of elements and space and, most importantly, its accessibility, make it his favourite park in the municipality. He’d skate there every day if he could, but unfortunately for Clarke and all skateboarders in HRM, you can’t skate when it’s raining. And in Halifax, it’s raining for 142 of the 365 days of the year on average. Add the 23 days a year it snows and that’s just over half the year that the skateparks sit empty and skateboarders have to sit at home.

So on December 1, when Clarke woke up and looked out the window to see grey skies and rain on the ground, he decided it was time to take an idea that’d been in his head for a few years to the next level. He pulled up change.org and crafted his petition.

“I’m making this petition to start an indoor skate park movement,” he begins. “We only have about five to six months of being able to skate, bike, scooter, or rollerblade in warm weather. It would be nice to have a place to go for the cold winter days or even during the summer when it rains a lot.”

Skateboards, as we know them now, were born where surfing met rollerblading on the United States’ west coast: a record-breaking drought saw surfers starting to skate the region's jellybean swimming pools in ways never seen before. Rain—which only comes about 50 days per year in California—was not in mind in 1976 when the first great skateboarders were slapping roller blade trucks onto a slab of wood and dropping into the swimming pools left empty by the drought.

And rain is still not on the mind of skateboard manufacturers today. Clarke says skating in the rain will damage the bearings, rust the trucks, and waterlog the board. The spring needed to jump and land tricks and the grip needed to get them off the ground are gone with even a little water. “And, you know,” says Clarke, “skateboards are not cheap.” 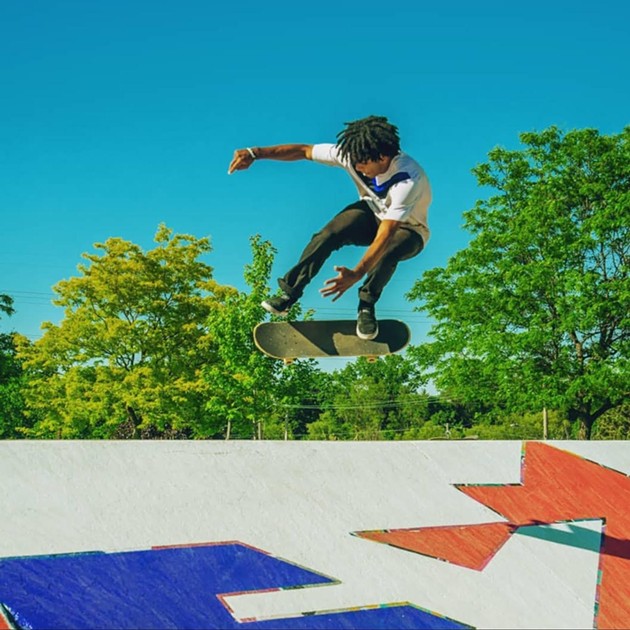 Since launching the petition a week ago, Clarke has amassed over 3,000 signatures and lots of support on social media from Halifax’s skateboarding community—which has ballooned in size since Covid came and changed everything.

Skateboarding’s rise in popularity makes sense. It’s done outdoors, requires just one piece of equipment, you can get to a lot of skateparks without a car, and it gets you moving.

It’s Clarke’s go-to if he’s having a hard day. “I’ll go out, get some stress away,” he says. “It’s good for my health and keeps me active and is just something to do.”

He hopes that his petition can kick off a process to make sure Nova Scotia isn’t the only province without an indoor skatepark for much longer, adding that it’s important the space is accessible by transit and big enough for skateboarders, scooters, rollerbladers and bikers to all be in one spot without being too crammed up. (Yukon and Northwest Territories also don't have indoor skateparks, but there's one in Iqaluit).

HRM spokesperson Klara Needler says that the Community Facilities Master Plan 2 addresses the municipality’s approach to recreation facilities, including skateparks. It states that in the absence of private interests, the municipality could consider an indoor skatepark, possibly as part of a multi-sport indoor field house facility.

She adds that the municipality does not have any current plans for such a facility. But Clarke thinks that can change.