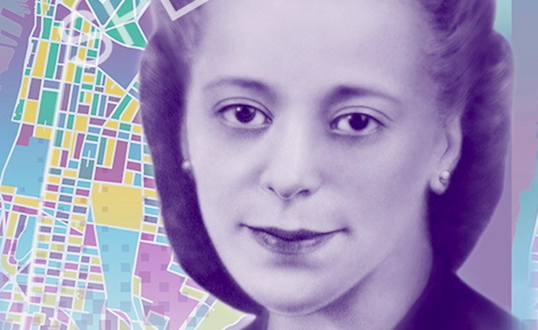 Marika Paris, coordinator for the North End Business Association, says the idea was timed around the $10 bill’s launch into circulation. It really came about, however, because Desmond’s story was continually being championed elsewhere in Canada but not nearly as much in the north-end neighbourhood she once called home.

“We saw all of these other different groups in different cities creating parks and naming streets after Viola and there wasn’t anything representative of her in the north end,” says Paris. “We felt it was our responsibility.”

The celebration kicks off Wednesday with a roundtable of African Nova Scotian activists and scholars discussing the history of the local Civil Rights movement. Other planned events include a performance of Viola: An Original Musical by the Charles Taylor Theatre Group, a tribute concert (featuring MAJE, Keonte Beals and Cyndi Cain) and a pop-up street market of African Canadian vendors.

The event is being organized by the business association, the Delmore Buddy Daye Learning Institute, In My Own Voice, the provincial department of African Nova Scotian Affairs, the Black Business Initiative and several other organizations.

“It’s nice that we can create something by the community to really give people insight into the person that she was,” says Paris. “Not only as the activist that she is, but her nature as an entrepreneur and being community-oriented.”

Desmond owned and operated a beauty salon on Gottingen Street and also opened her own beauty school to train other Black entrepreneurs. But she’s most well-known as a civil rights icon who was arrested in 1946 after unknowingly sitting in the whites-only section of a New Glasgow movie theatre.

Her story helped expose Nova Scotia’s segregation and racism, and since that night in jail Desmond has posthumously been awarded an apology and pardon, and commemorated on a stamp, holiday, Heritage Minute and Halifax Transit ferry.

The new $10 banknote featuring a vertical portrait of Desmond and a map of the historic north end went into circulation on Monday. It also includes a picture of the Canadian Museum for Human Rights, an excerpt from the Canadian Charter of Rights and Freedoms and an eagle feather, symbolizing the rights and freedoms of Indigenous Peoples.

Paris says that Desmond being recognized on the $10 bill gives the north end a new sense of pride.

“It shows we should be strong in times we don’t necessarily think we should speak up.”

Celebrate Viola runs through Sunday, November 25, when it will be capped off with a luncheon, sermon and interdenominational service at the Saint George’s Round Church on Brunswick Street. More info can be found here.