Harassment on the Hill

Parliament is a workplace where power is currency and women are an afterthought. 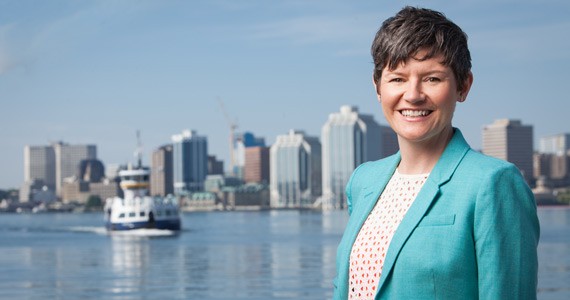 My workplace is like any other workplace in Canada in many ways. Harassment is an issue in Parliament like it is anywhere else, and we need to work toward eliminating it.

But my workplace is not like any other workplace in many other ways. Power is currency in Parliament: power is a factor within our parties and our caucuses; with our debates in the House and in the media; and in our relationships with staff and interns.

And woven through all those power relationships are factors like gender, race, sexuality and age.

It's a pretty complicated place to work.

On my first day on the Hill, a male colleague made comments to me about my "fine" body. My eyes were opened to a different kind of workplace, stuck in another decade.

I'll never forget my first Parliamentary Press Gallery dinner. I had been asked to participate in a spoof video mocking party stereotypes of a regular television panel. The Conservative MP was a caricature of robot talking points; the Liberal MP acted like a guy who just wanted to party; and my role was to play the diva. I was uncomfortable with many suggestions of how to play the diva role, but I agreed to tell one joke about my breasts. Deep down I knew that I didn't want to open myself up to any discussion about my body in my workplace, but I was new, and I wanted to be a good sport.

Since I was new, and young, and a women, I actually spent the first half of the dinner being asked "so, who do you work for?" After the video when it was apparent that I was a rookie MP, and after people had had a few rounds of drinks, I endured the rest of the evening smiling patiently through "oh Megan, don't worry, your breasts look great" and "Megan, seriously, any more than a handful is a waste." Why was I smiling patiently? Because by participating in that video, even though I had been uncomfortable with it, I felt deep down like I had asked for it.

In the years since my election, I’ve had many opportunities to speak about the everyday, almost relaxed sexism that darkens the Hill. But sometimes I don't want to speak out. Because invariably, like this week, I hear things like "does this mean I can't flirt with you anymore?" And because sometimes I'd like to talk about other issues where I have expertise, like poverty or environment. I don't always want to be the expert on being a woman.

Women in politics don't expect a white knight to come riding in to save us. This isn't a fairytale: it's Canada in 2014. What we expect is respect, to be included in conversations on creating a gender sensitive Parliament, and to have allies. I'll never forget being on a tv panel with two male colleagues about some gendered remarks made in the House one day. I was so tired of being the lone female speaking out on the issue, but I made my comments, and when another MP spoke he made a bit of a joke. The third MP said "see, this is exactly what Megan is talking about. We need to take these issues seriously." I could have hugged him. I felt so much less alone.

Since the allegations were made public last week, I've read and heard a lot about the women involved. I've seen them condemned for not making themselves more public. I've seen their motivations questioned. I've read that they were part of an elaborate trap. I've seen people roll their eyes at them for “taking that crap”. I've heard people speak as though they are both calculating and weak.

On Wednesday, two women who had confidentially told colleagues of workplace harassment were outed. In the days after, disagreement over what exactly was made public, by whom, and for what purpose dominated our discourse on the Hill. Assumptions were made about what these women wanted and needed, but the women themselves were an afterthought.

Let’s look at this last week’s discourse and ask ourselves if we did ok. And then let's commit to making all our workplaces safe for all of us.