The high-energy rock band made its debut EP in a day. 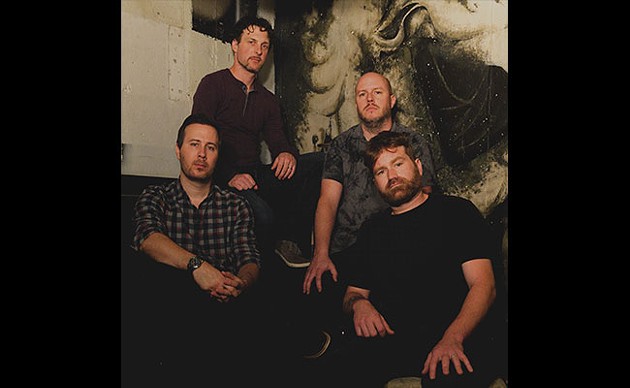 "It was almost two or three months later than we originally planned to record" the songs, says vocalist and guitarist Craig Harris. "That may have been a blessing in disguise for us, to tighten the songs up even a bit more before we got into the studio."

The four-piece recorded its self-titled EP in one day in June, recorded by Charles Austin in one of the final sessions at the now-closed Echo Chamber Audio.

"We didn't really sit in the studio and write tons of harmonies and overdubs," says Harris. "It's kind of like doing what we did in the jam room, refining the songs and then putting a little bit of sprinkles on top in the studio."

Harris first started writing the songs before Hatchet Lake formed, written in his spare time while touring with his former band, The Stanfields. "I didn't have time to start up another band, I didn't really have any interest in that," he says. "I was just writing to write."

The songs were pulled off the back-burner and Harris recruited bassist Stephen MacDonald, who happened to live in the same neighbourhood, after MacDonald's band Kuato went on hiatus. Guitarist Andy MacLean and drummer Adam Wedgewood joined to make a rock and roll band that puts on energetic live shows and parlays that momentum onto Hatchet Lake. After Saturday's release show at Gus', Hatchet Lake plans on hunkering down in the studio over the next few months to build its setlist and work on original songs that are still in a half-finished state.

"High energy has always been my thing. I have quite an overactive imagination that runs away from itself," says Harris. "The topics can get a little bit dark."