Have you tried the Jamaican food truck yet? 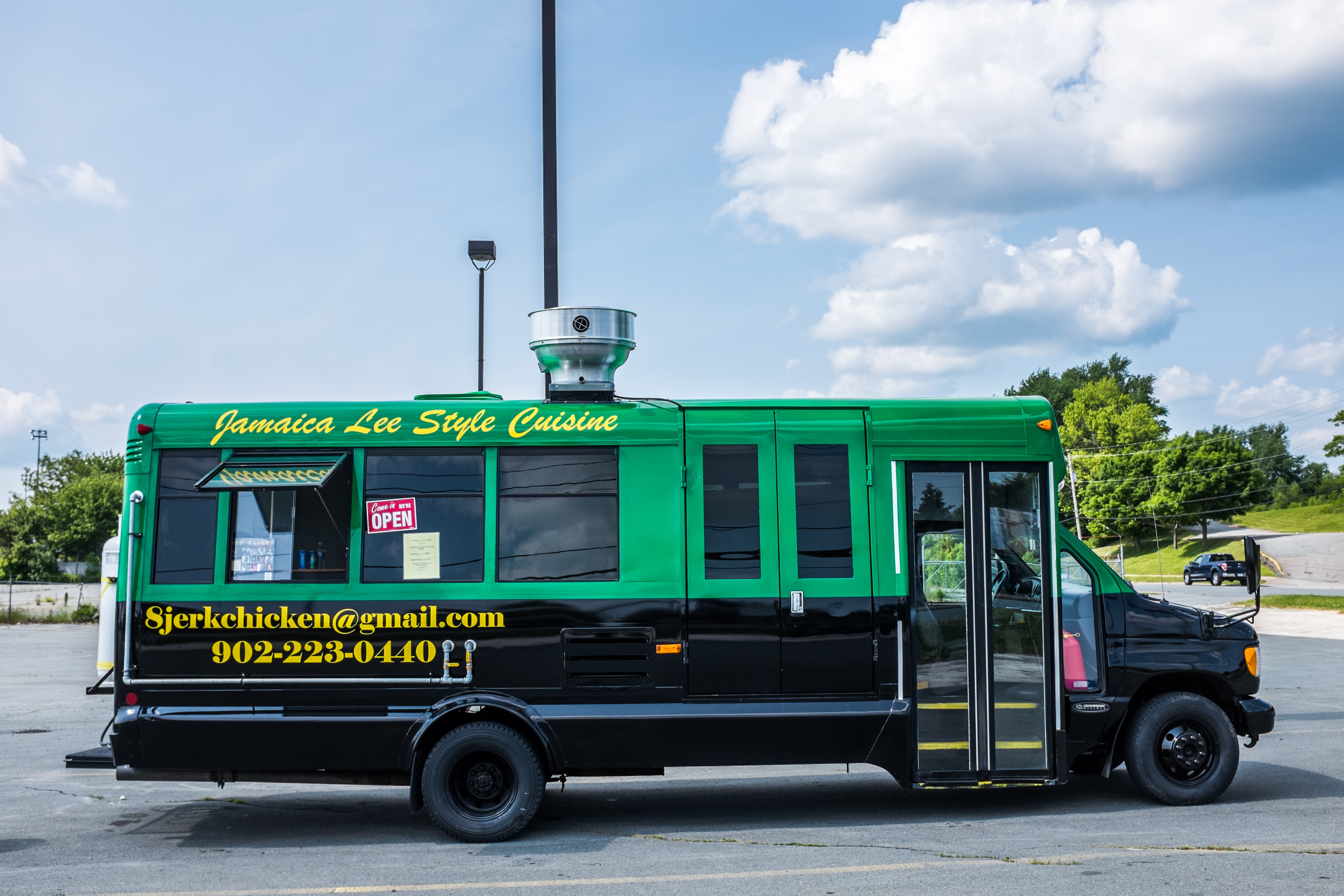 He's a plumber by trade, but Ludlow Lee has major skills in the kitchen. "It's in his blood," says Michelle Lee of her husband/business partner's Jamaican home-cooking. "Most of his recipes are from his mother." Ludlow moved from Jamaica to Canada back in 2010 and married Michelle soon after, but it was just over a week ago that he made his debut as a chef via the pair's new food truck Jamaica Lee Style Cuisine.

"He was coming home so tired and exhausted, but i knew he had these skills. And he was doing this job that didn’t suit him at all," says Michelle. "I said, maybe we need to take the risk" After spending the winter hunting for a truck, and some retrofitting, the bright green mobile eatery made its debut on Caledonia Road and Main Street in Dartmouth (just across from NSCC), serving up Ludlow's authentic, family recipes. Jerk chicken with rice and peas, salt fish ackee (or just ackee, if you're vegetarian), oxtail and beef patties (the only menu item Ludlow doesn't make) round out the menu of naturally-spiced, Jamaican eats, the Lees say they'll build on that selection with time. For now, Dartmouth is Jamaican Lee Style's stomping (or parking) grounds, but they're on the hunt for new spots to explore. For starters, they'll be serving up a taste of the Caribbean at the next Food Truck Party, but track the truck down daily using the Street Food App.