A slice of Heaven For Real 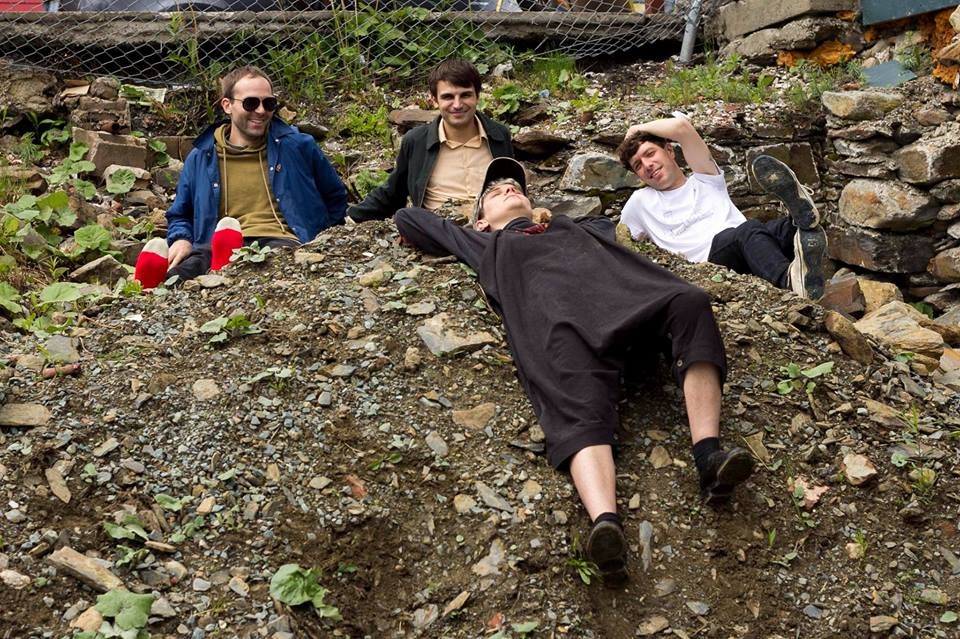 Seven and a half weeks spent in a van driving across the continent, and back. One band member trying to write her Master’s thesis in the backseat. Kanye’s album The Life Of Pablo blasting on repeat. United States border patrollers insistently asking if they’re a faith-based rock band. A dreamy house show in Victoria. Jumping off the roof of a building into a pool, in search of a music video climax. An impromptu open-mic performance at a folk art site in the Californian desert. This was Heaven For Real’s touring experience.

Playing shows throughout North America was a wild and weird adventure for the Halifax pop/rock band. The group—made up of fraternal twins Mark and Scott Grundy (Quaker Parents/Monomyth), Cheryl Hann (Old and Weird/Picnicface) and Nathan Doucet (ex-Crosss)—just released its debut album, Kill Your Memory in July, on Vancouver’s Mint Records label. A labour of love, and of two years spent in a basement on North Street, this experimental record is taking off. And Thursday marks the band’s hometown release, with both an all-ages and a bar show.

Coming back to Halifax after spending time away makes it easier to identify what makes the music scene here unique. For the band, part of that is the city’s access to all-ages shows. “My whole life, I owe it to the all-ages scene,” says Doucet. “I wouldn’t have even known these guys without it.”

Doucet used to manage The Pavilion, and though that particular venue is “not so much a thing anymore,” he says the community centre RadStorm, and other venues like Agricola Street vintage store Lost & Found, make sure rocking out to live shows isn’t an ageist experience. The musicians also say they’re “inevitably” influenced by the rock/punk/pop Hali musical landscape. Lyrically, Kill Your Memory riffs between playful stories and somber notes, inspired their lives in the city a few years back.

Although Doucet and Hann both still live here, the Grundy brothers have since relocated to Montreal and Toronto. However, the band plans to remain a Halifax-based group. Next up, Heaven For Real is aiming to take its sound on a tour through Japan, where the LP will soon be released.