Hells Angels resurgence in Halifax not something to celebrate 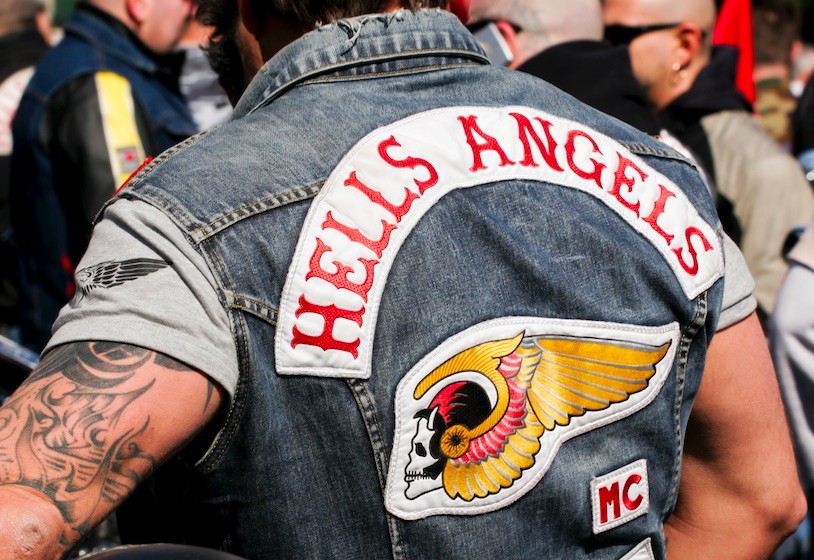 After a raid on their Fairview clubhouse in 2003 effectively folded the Nova Scotia chapter of the Hells Angels, the crime syndicate went dark here for more than a decade.

Their return has been heralded by some members of the public on social media as a positive for the community. On every news story shared online, there are locals commenting how the Hells Angels are going to “clean up the streets of petty crime,” and rid the neighbourhoods of “thugs” and “hoodlums.” The public, they say, will be safer on the streets because of the gang’s influence.

These commenters are almost all white, mostly middle-aged and seemingly middle-class citizens whose choice of words illustrates the true meaning behind their of a criminal enterprise.

“It’s part of the colonial legacy,” says Isaac Saney, director of the Transition Year Program at Dalhousie University. “This kind of language has been used since slavery to and stereotype the Black community in Nova Scotia.”

Saney says codified language around Black youth—especially young Black men—such as labelling them as “thugs,” helps create and perpetuate a racist and classist narrative that “keeps communities segregated, the working class and poor and promotes fear-mongering” among white communities.

That language “promotes the idea that Black bodies are inherently violent, and therefore a threat, and must be policed,” Saney says. “And then complaints that they are not being policed enough, therefore we must turn to these vigilante or extra-judicial groups...is frightening.”

In the quest to see their streets “cleaned up,” these white seem intent on ignoring the fact that the Hells Angels are, in fact, criminals and have historically rooted their gang in white supremacy ideologies.

“The Maritimes has traditionally belonged to Quebec,” says sergeant Michael Kerr of the RCMP’s Combined Forces Intelligence Unit. In 2009, when the Quebec authorities executed “operation SharQc” and raided all but one major Hells Angels outpost in that province, many local chapters “froze.” (When membership dips below six individuals, the chapter is considered defunct, or frozen.)

“In the last year and a half, many Quebec members are being released” from jail, says Kerr. “While they were frozen, the London Ontario Hells Angels were granted permission by the Quebec Hells Angels to open the Gatekeepers in the Maritimes to keep business flowing. As more Quebec chapters unfreeze, the more their influence is going to grow here.”

Last spring, the return of the Hells Angels to the Halifax area was heralded by a group of 16 bikers named the London East Hells Angels, who were comprised of mostly local supportive biker groups. Currently, Kerr says their membership has dropped to 11, made up mostly of Gatekeepers and Dartmouth Darksiders.

“It’s important to note that this is not a full chapter made up of fully patched members at the moment,” Kerr says, “but this is how it starts.”

When the Gatekeepers’ clubhouse in Pictou County was raided over the weekend, dismayed supporters commented on news stories, railing against the authorities to “leave them [the Gatekeepers] alone.”

Kerr says that the public’s “good old boys” stereotype something that blossomed out of the Hells Angels’ initial image of the 1970s—the rough-around-the-edges bad boys club.

“Frankly I don’t think [the supportive public] know what the Hells Angels are about except for what they read in the papers or see on TV or what they’ve read in a book from Chapters,” Kerr says. “So there are a lot of misconceptions out there. We’ve heard ‘Oh, they’re going to replace all the bullying and petty crime.’ But you can’t replace a bully with a larger bully. They represent an extension of a criminal .”

Members of the Hells Angels and supporting motorcycle clubs didn’t respond to requests for comment.

With the growing addition of Hells Angels groups, the province has rolled out an “outlaw motorcycle gang” initiative to combat their resurgence.

“We’re anticipating some form of a promotion within their ranks here,” Kerr says. “We have a lot of people reporting a lot of sightings and activities, and our intelligence is suggesting they are going to be getting their ‘bottom rocker,’ which will say Nova Scotia.”

This will turn the supporting clubs into fully patched members.
While the RCMP and local authorities have banded together to coordinate province-wide anti-gang initiatives, Saney reiterates that the state and media play an integral role in the fight against systemic racism and classism.

“Young Black men are portrayed in the media as ‘irredeemable’ and their crime is something that is inherent in their essence—you can’t separate them from their crime,” Saney says. “Codified language is not just being used to perpetuate the myths of violence in Black and Indigenous communities...but also pushing back against claims of those groups to land and spaces.”