Statham, Owen and DeNiro make for a solid thriller

Killer Elite is a jet-set action thriller about an ex-military operative named Danny (Jason Statham) who must rescue his mentor (Robert DeNiro) by uncovering the truth behind a series of assassinations commissioned by the British government. Not to be confused with the mostly terrible James Caan film by the same name, Killer Elite is a compelling mystery filled with tension that never lets up. The strength of the film lies in Statham’s action sequences, which cater to fans of the Bourne trilogy by depicting realistic fight scenes with little in the way of special effects (minus a scene where he does a front flip while tied to a chair, but that’s just awesome). With a cast rounded out by the hard-as-nails Clive Owen, Killer Elite is an adrenaline-packed ride that will tie you over to the next Mission Impossible.

Killer Elite is not showing in any theaters in the area. 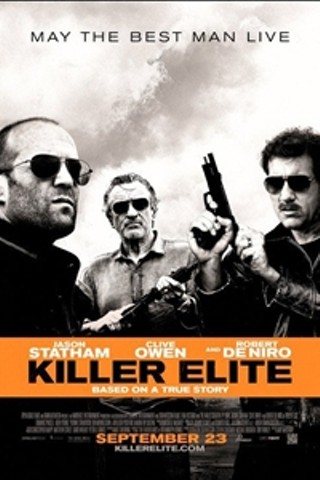