Male, forty-something, in a hurry.

The person running into pedestrians in Halifax is a male, in his forties, driving through rush-hour traffic near the end of his work week. He'll probably hit a woman in a crosswalk who's between the ages of 21 and 30.

That's averaging out the most recent figures from Halifax Regional Police on vehicle/pedestrian collisions, which will be presented to the crosswalk safety advisory committee next week.

Peak accident times fall between 3 and 8pm, usually on Thursdays and Fridays. Collisions drop sharply throughout the night and over the weekend. Weather conditions have little impact on accidents, as most happen during clear, sunny days.

Luckily, over half of pedestrians hit have so far escaped with minor or no injuries. The Chronicle Herald today reported that major trauma from collisions has been increasing in Nova Scotia over the past decade. That bucks the trend elsewhere in the country. The Herald's still-unnamed reporter also notes the median age of injured pedestrians has dropped over the last eight years, from 62 down to 26. 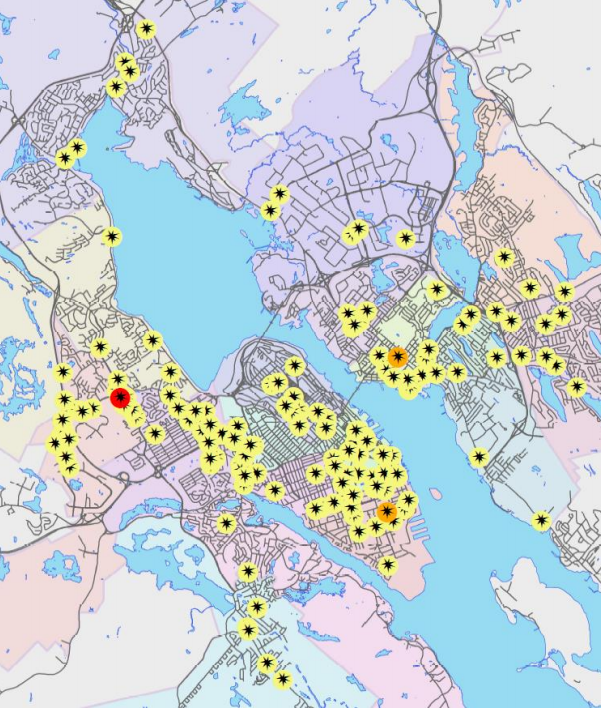 Between January and October of this year, there's been 211 vehicle/pedestrian collisions (42 of those involving bicycles). Crosswalk collisions account for 63 percent of those. The amount of reported collisions has also jumped this year, by 60 percent. So keep your heads up, middle-age male Halifax drivers.