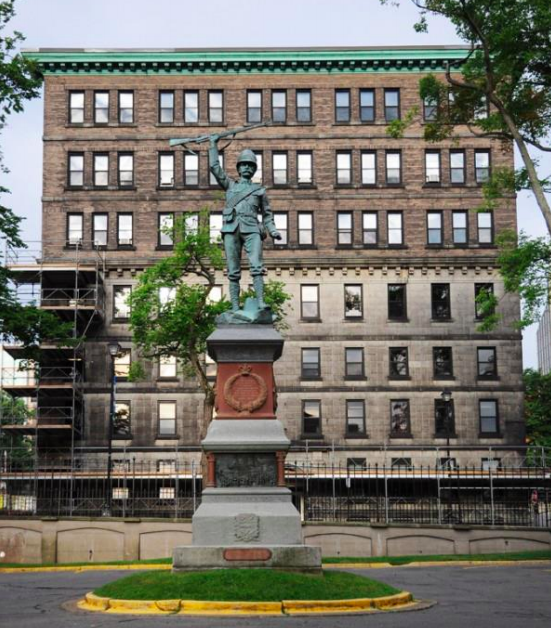 After months of debate, consultation and meetings, the Dennis Building been granted heritage status.

Regional council approved the designation this week after a short public hearing, making the Dennis one of the city’s only successful third-party heritage applications.

Paul Armstrong, on behalf of the Maritime Institute of Civil Society, appeared before HRM’s Heritage Advisory Council last month with an application to protect the 155-year-old property.

The government of Nova Scotia currently owns Dennis Building and was originally against the proposal. In a letter sent to the Heritage Advisory Committee, the province stated that giving the Dennis heritage status “Will do no more to ensure the Dennis building maintains its heritage character than what the province is currently but instead will impede the development of a very important piece of downtown Halifax core.”

The province changed its opinion sometime over the past few weeks, however. A letter submitted to council before Tuesday’s hearing stated the government now has ‘no opposition’ to the heritage registration.

The building holds historic significance in its relation to confederation and democracy. It once held the Halifax Herald and has survived a fire and the Halifax Explosion.

The 155-year-old property at the corner of Granville and George Streets was eventually purchased by Nova Scotia for office use. It’s sat vacant since 2013 when it was evacuated due to a, very minimal, amount of mould.

“This is a great and historic day, and this building has significance to democracy in Canada, and to the formation of our country,” says Andrew Murphy, president of the Heritage Trust of Nova Scotia.

Four years ago the province announced the building was beyond repair and began a process to sell both the Dennis and neighbouring Acadian Recorder building for redevelopment. Those plans changed earlier this year, with the province abruptly deciding instead to ask five short-listed companies to submit redevelopment plans.

Now that Dennis building has its heritage status under municipal jurisdiction, Armstrong hopes to add additional protection from the province. Granting the building protection under the provincial regulations is a stronger level of preservation than what HRM can offer.

“I think it’s recognition by the owner of the property itself that there are heritage values there that need to be protected,” he says. “It brings an awareness that the property itself is not just something of local consideration for people of Halifax but has provincial significance for the people of Nova Scotia as a whole.”