Only have a few minutes to scrawl some notes before rushing off to the next dark room. The first Saturday of the Atlantic Film Festival is crammed with screenings, parties, what have you. Last night I had the good fortune to catch American actor and director Vera Farmiga's Higher Ground, a really amazing feature film about a woman coming to terms with her faith in a rural Christian community while she struggles with marital strife. Farmiga---so good in The Departed, Up In The Air and Source Code---directs herself in her best role to date. It's such an honest performance, and the story, while fragmented and oddly paced in places, has a freshness I really liked. And there isn't a harsh judgment upon the Christian faith, only upon the patriarchal, controlling elements that her character bridles beneath. I hope Higher Ground gets a wide release and people find it, it's one of the year's best. Also found my way to Michael Melski's Charlie Zone premiere, which was given a lot of love by the close-to-capacity Oxford crowd. Matt Semanksy will write more about this film later, but congrats to all involved, especially John W.D. Mullane of In-Flight Safety for his first gig scoring a feature film. In Melski's words, "He hit it out of the park," a sentiment to which I agree. 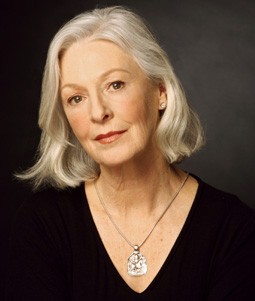 Jane Alexander
This morning has already brought a stop at Strategic Partners, the multi-platform business conference, bringing international writers, producers and broadcasters together to make deals. I met Jane Alexander, Academy award-nominated American actor with a great body of work (The Great White Hope, All The President's Men, Kramer vs. Kramer, Sunshine State, The Ring, Terminator Salvation) who, in the mid-90s, was also the director of the US National Endowment for the Arts. She lives in Nova Scotia now with her husband, producer and director Edwin Sherin (Law And Order) and is looking to get some financing for her a comedy feature she's written. What a cool lady. Right... off to the next thing.