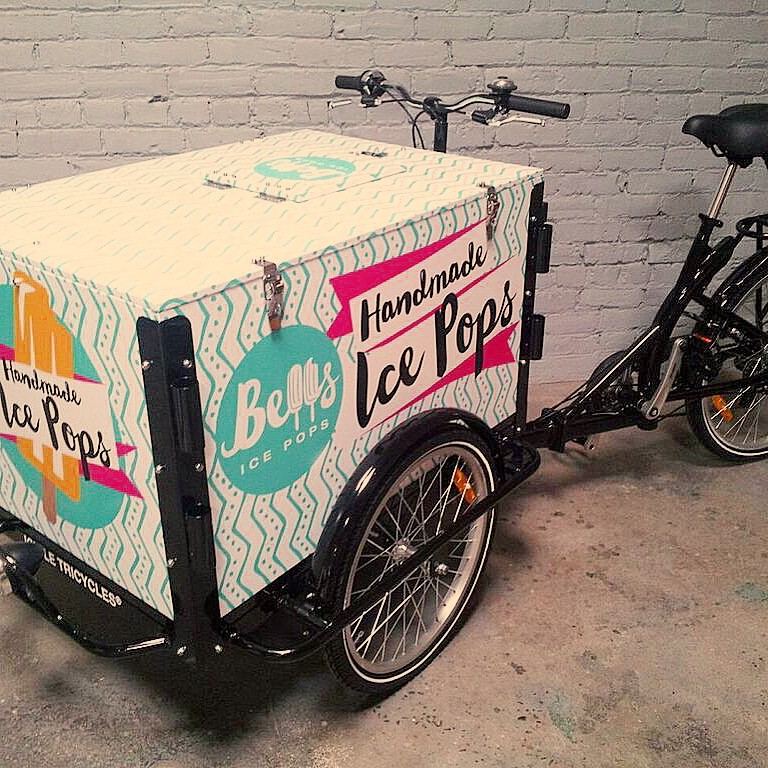 When I hear bike bells in the summer I still crane my neck hoping to see a Dickie Dee rip around the corner in my direction, but it’s usually for naught. Until recently, when Susan Patterson’s handmade popsicle wagon Bells Ice Pops rolled its way onto Halifax and Dartmouth’s streets.

Patterson rekindled her love for popsicles while she was in labour with her daughter, when they served as more than a sweet treat. "At the time it seemed like the best thing in the world," she says. "When I got home I craved popsicles but didn't want the artificial colours and a ton of sugar so I began making them." A former pastry artist with an entrepreneurial spirit, Patterson started planning her own venture based around handmade, preservative-less versions of the corner store treat, made with local ingredients.

"In researching popsicles online I became enamoured with cute bicycle wagons and overtaken by the nostalgia of them from my childhood," she says. "While doing something because it is cute and nostalgic isn't necessarily the right reason to jump into business, I felt there was a market for healthier, handmade, yummy treats that can pop up at local events and gatherings and I wanted to get back into the kitchen."

"As a neighbour told me her young son was entranced by the idea of a popsicle bicycle that comes to your street. There is the element of the unexpected when it does come down your street and when you hear the bells, there is anticipation and the fun of finding where the sound is coming from," says Patterson. "And who doesn't love a frozen treat on a hot summer day?"