Get cracking on this province-wide selection of red-hot lobster dinners before the dog days of summer are over. 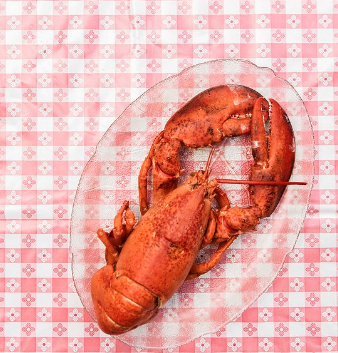 The Five Fishermen (Halifax)
If there’s one restaurant in Halifax where you can count on classic seafood done right, from oysters Rockefeller to grilled salmon, it’s the Five Fish. Along with its classic lobster dinner upstairs and another one downstairs at The Grill, between the two menus they also have lobster-stuffed scallops, lobster linguine, lobster sliders and side dishes like lobster risotto and lobster mashed potatoes. 1740 Argyle Street

Halls Harbour Lobster Pound (Fundy/Minas Basin)
One of the classic Nova Scotia lobster experiences, this restaurant is in rustic old buildings that make up part of one of the most charming fishing villages in the province. A lobster pound and restaurant, you can count on super-fresh seafood. Along with the classic lobster platter, find some creamy lobster mac and cheese and buttery lobster rolls. 1157 West Halls Harbour Road

Lobster Shack (Barrington, southwest NS)
A restaurant in the Lobster Capital of Canada with a cook who grew up on fishing boats, cooking lobster for the guys who actually catch ’em. The Shack offers some creative dishes, too, from lobster fondue to a creamed lobster sandwich. You can’t throw a lobster claw without hitting a fisher in Barrington, so you know this place is doing it right. Highway #3, Barrington Passage

Ryer Lobsters (South Shore)
There isn’t a single frill to be found at this classic seafood shack (garage?), where you can either buy live seafood to take home or eat on-site at a picnic table in the sun, with a plastic bib and cutlery. The menu is simple too—lobster, oysters or mussels—because really, if you’re doing seafood right, bells and whistles don’t matter. 8494 Peggys Cove Road, Indian Harbour

It's been 80 years since the first ever lobster supper on these grounds, but nowadays it goes like this: Wednesday through Sunday, 4-8pm, all summer long, you can enjoy a colourful, communal meal that includes all-you-can-eat salads and mussels, incredible desserts and non-lobster options for those who want the experience, but not the shelled creature.