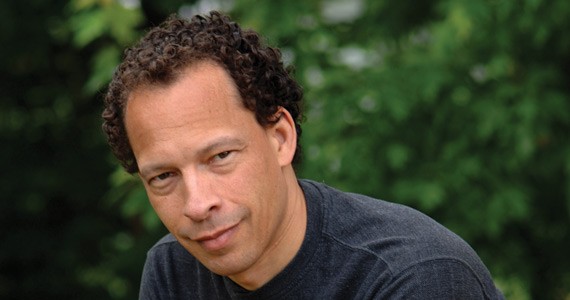 Lawrence Hill speaks at WE ARE HERE this Friday.

Lawrence Hill, celebrated author of The Book of Negroes, is back in Nova Scotia this week. He's one of the presenters at the 7th International African Diaspora Heritage Trail Conference (dht2011.com). The conference will focus on cultural tourism and preserving the heritage and history of African descended people. This focus and the conference's theme, "Our Heritage, Our Future. Preserve. Promote. Protect," are things Hill feels line up closely with his own focuses in writing. He says that all of his writing deals one way or another with issues that relate to the African Diaspora.

Specifically, says Hill, The Book of Negroes touches upon the story of the Black Loyalists who came from New York to Nova Scotia. He says this major aspect of African Nova Scotian history is largely neglected by not only Canadians but by many "who know nothing about the idea of slavery and segregation and racial injustice in Canada." The Book of Negroes "grabs hold of a lesser-known African Nova Scotian history and throws it down on the page for people to contemplate," says Hill. In doing so, it also "provides opportunities for the development of cultural tourism."

"Rather than just looking at a natural phenomenon or enjoying a beach...cultural tourism is about feeling that you're growing in your knowledge of a place when you encounter it," he says. "There's a suggestion of personal growth and cultural engagement that comes along with your dose of tourism. Most people who are alive and not totally brain-dead...like to learn something about the culture of the place [they're] going to."

Hill considers it an honour to come to speak and get to know Halifax---which he considers a "bastion of black history"---a little better. At the conference, he'll talk about African Diaspora, the historical foundations of his novel and show the links to the broader story of African Canadian history. "Most Canadians have this idea that Canadian history is boring," says Hill. As a child he felt the same way, but now realizes "nothing could be further from the truth. Canadian history is full of fantastically important and dramatic stories, including that of the Black Loyalists."

Hill says he's interested in the drama of history: "Drama'll grab you by the throat and pull you in. You see blood and struggle and sweat and pain and relations between people." He incorporates history into his novels and, as with The Book of Negroes, he believes the drama of history will turn people on to the broader stories of historical importance behind the individual struggles. When "you're engaging with [history], you're meditating on who you are and what your own country is and what the history of the world is," says Hill. "So to understand and engage with history is to kind of understand and engage with yourself---your own country, your own people.

"Without that engagement, you're likely to repeat the worst errors of the past and to not even avail yourself of the opportunity to grow, to learn what is to be learned from people who have gone before us."

The opportunity to engage with history through The Book of Negroes will expand in the near future---Hill recently finished co-writing the screenplay for the film version ---casting happening soon. In between his other commitments Hill is also busy working on a new novel, but, he says, "it's too soon to talk about right now."