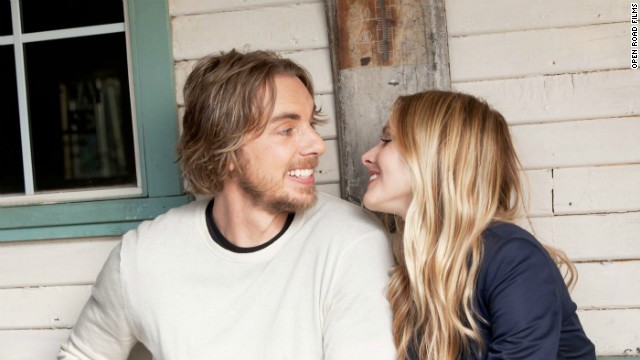 Real-life sweethearts Kristen Bell and Dax Shepard give audiences a window into their relationship in the mostly mundane car chaser Hit and Run. When college prof Annie (Bell) gets a once-in-a-lifetime job offer, fiance Charlie (Shepard) decides to leave witness protection and drive her to their new life. But a jealous ex-boyfriend, and the violent partners Charlie testified against, throw some particularly bloody wrenches into the plan. Hit and Run is at its best during several charming conversations between Bell and Shepherd, when the couple's affection for each other shines through the screen. But sadly Shepard (who wrote and co-directed with David Palmer) has to put a movie around those scenes. Everything else, from a murderous, dreadlocked Bradley Cooper to a bumbling, gay US Marshall played by Tom Arnold, is clunky and ultimately disposable.