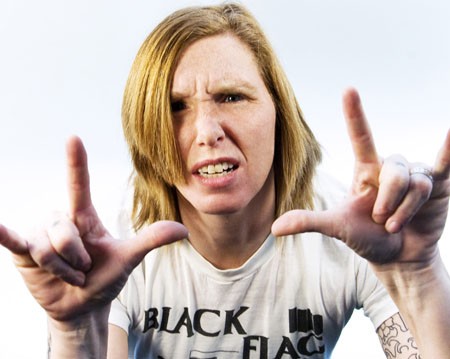 P. David Ebersole's look at former Hole drummer Patty Schemel is a rough and ready rock doc, assembled in typical rockumentary fashion by including random, reminiscing talking heads, grainy footage from the mid-'90s grunge scene, all rooted in sad tales of drugs and excess. Though big props to Schemel for navigating her many substance addictions, being a punk gay icon, one of the few star female drummers and surviving being in a band with the human hurricane that is Courtney Love (here credited as Courtney Love Cobain)---who quite openly betrayed her friend circa the Celebrity Skin record---there's very little here that we haven't seen before. The raw talent these musicians shared is barely on display, since the director would rather focus on the drugs. Frankly, as ultimately satisfying as it is to see Schemel get sober and happy, Hit So Hard is just the most recent catalog of suicide, despair and overdose in people adored by a generation. (Hit So Hard screens tonight at Park Lane 4, 9:30pm)