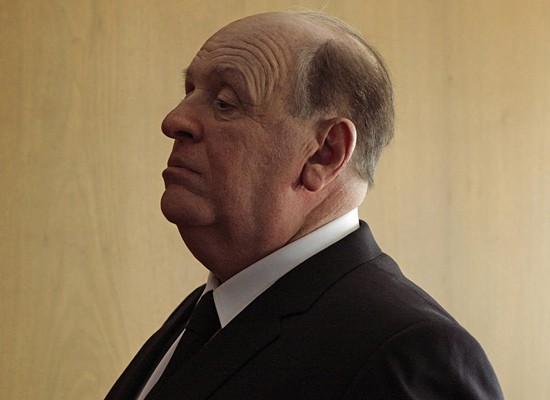 This tepid biopic by Sacha Gervasi chronicles the pre-production and filming of Psycho, a movie that was controversial in its making (in an era when a cross-dressing serial killer wasn’t your standard protagonist). Anthony Hopkins dons a fat suit and puts on his best jowly pout, remaining a caricature of Alfred Hitchcock. It’s the Mrs.—Helen Mirren as Hitchcock’s wife, screenwriter Alma Reville—who gets to be a full character (or closer to one). Hitchcock tries to tell us something about the filmmaker’s genius, but wants to be a movie about Reville—but ultimately, it remains in limbo somewhere between the two, hesitating to venture too far into Hitchcock’s obsession with making a horror film. Mirren’s performance, however, is great, with one particularly feisty monologue, and there are enough witty exchanges to keep you engaged, but by the movie’s end it all just feels a bit forgettable.