Hobo With A Shotgun a hit in cinemas and with downloaders

Jason Eisener pleads with pirates to pay for his film 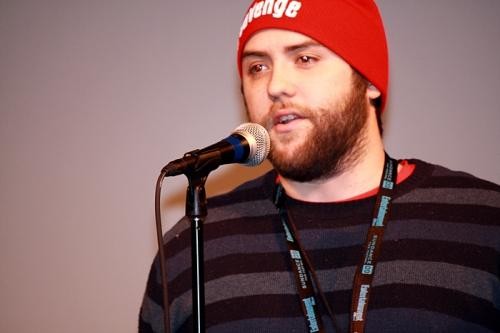 Jason Eisener, director of Hobo With A Shotgun
Hobo With a Shotgun has taken off at the box office. It's the most popular Canadian-made movie to see in theatres right now, and word-of-mouth is doing its job to sell the film. Hobo has also made a serious climb on the downloading charts, having made The Pirate Bay's top 100 downloads list. The film's director/co-writer Jason Eisener loves the box office numbers, but he's none too pleased with the seeders and leechers pirating his movie online. On Monday, April 4, Eisener created an account on The Pirate Bay torrent site and posted this plea on the comments section of the Hobo download page: “Please don't steal my movie. I never stole anything from you guys. The writer and the producers and myself put our pay checks back into this film, so we could make it happen. If you're gonna steal it, at least come to my home and try to steal it from here.” Eisener's post sparked a debate that goes on for six pages worth of comments concerning the ups and downs of pirating movies. The general TPB member argument is that a popular torrent is the best advertising Eisener could ask for. Eisener argues that as an indie film, fans still need to go to the theatre or buy the DVD if Hobo hopes to make its money back. Amidst all the debate, there's a ton of positive feedback about the film. Eisener comments that he's glad there's a demand for the Hobo, but he still hopes people will shell out a little cash to support the film. “I hope you guys prove me wrong,” Eisener writes to TPB members. “We have mouths we still have to feed, so I hope you're right.”

Hobo With a Shotgun is not showing in any theaters in the area.