How billionaire John Risley profits off of private student loans 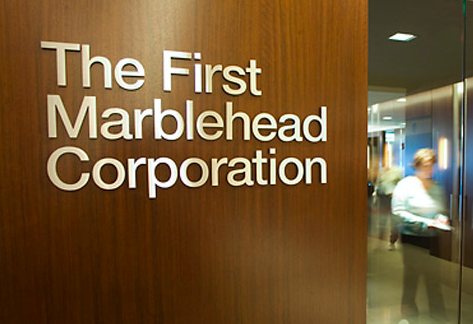 A billionaire seafood magnate may have found the secret to solving Nova Scotia’s economic woes: issue high-interest student loans through a private company and then sue any students who can’t pay you back.

John Risley, president of Clearwater Fine Foods, is one of nine highly successful (re: rich) business figures being sent to attend a swank entrepreneurship program at MIT on Dalhousie’s dime.

The university is spending $300,000 USD on the courses—or about $43,000 per attendee. Dalhousie has promised that the fees will be reimbursed—eventually—through private-sector partners, but the news has been highly criticized by students and faculty.

Less commented upon is the news that Risley recently completed a $65.5-million deal to buy the remaining stock he didn’t already own in Massachusetts-based student loan company First Marblehead Corporation. Risley’s FP Resources USA paid $5.05 (US) a share for the stock—about 40 percent above what the company was trading for.

Meyers' (now Risley's) company offers private student loans to American college students who are unable to get federally-backed loans. Private student loans tend to have higher interest rates (which often collect during university), higher fees and a greater cost if the student defaults on their payments.

According to Bloomberg, National Collegiate—one of over two dozen trusts that First Marblehead created over the years to sell student loan bonds—has filed more than 4,000 lawsuits against borrowers since 2011 in just five US states. Writing about the industry in the Huffington Post, attorney Richard Gaudreau called private student loans “the worst debt in America bar none.”

A 2008 brief by the American Association of State Colleges and Universities tore into the private student loan industry and the “disproportionate harm” it can cause to lower-income borrowers.

“...these students are more likely to attend proprietary institutions and less likely to have parental financial support. If parents do not sign off on a PLUS Loan, and federal and state aid are exhausted, then the student may be driven to the private market. In the private market, if the student does not have a co-signer or has a poor credit history, the loan interest rates can increase significantly”

First Marblehead’s website proclaims itself as a strong proponent of the “smart borrowing” principle, and encourages students to access government loans before applying for private ones. But that hasn’t stopped the company from spending millions of dollars lobbying Washington to fight against bills that would ensure the availability of federal student loans for students during economic downturns.

Speaking to the New York Times in 2007, Meyers said that “If a student can go out and get a subsidized federal loan and it is lower cost...they should do that.”

Risley told the province’s paper-that-shall-not-be-named last week that he bought out First Marblehead for its industry expertise and database of student borrowers.

The company has issued $25 billion in student loans since the 1990s.