It took me two decades to grow past my Baptist upbringing and treat October 31 as the fun, friendly celebration it really is. 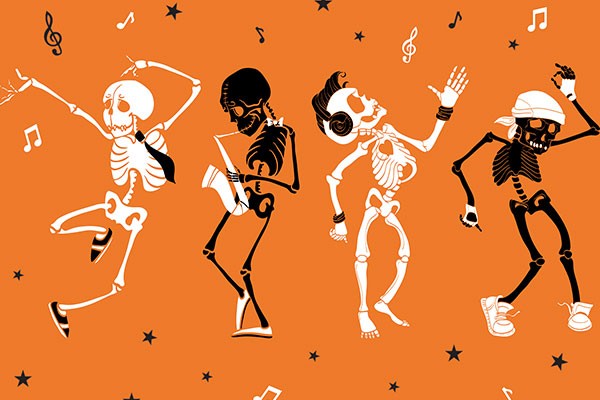 I celebrated my first Halloween at 22. And since this is now in print, I have to publicly apologize to my God-fearing parents. Sorry, mom and dad, but I am still a good boy.

Growing up Baptist in Jamaica, Halloween wasn’t really a big deal. In fact, it was rebuked. As the end of October rolled around preachers warned of devil worship being dressed up (see what I did there?) as a harmless activity for children. The fear was palpable. And as I grew up, the distance between Halloween and myself grew as well. 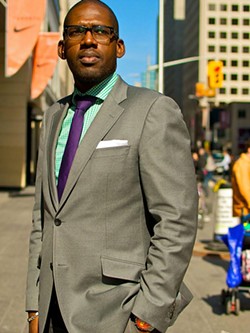 Halloween in Jamaica is a funny thing. During the ’90s when I was in high school it slowly began increasing in popularity. There were few costume parties, but these were aimed at expats and the upper classes. Trick-or-treating would be done in a handful of gated communities or along one street in a tony neighbourhood. Rumours about dark arts cults and demonic rituals would mysteriously materialize every October. Whether it was Christian propaganda or the machinations of latchkey children, these rumours just fertilized the taboo fields of Halloween.

When I moved to Canada, I immediately embraced the culture. My wardrobe was suddenly filled with plaid. I shopped at Roots, a lot, perfected making Nanaimo bars and pronounced the second ‘T’ in Toronto as an ‘N.’ However, Halloween was the Rubicon I dared not cross. Then came that fateful day in 2005 when an ex conned me into going to a Halloween party. “We’re just popping in to say ‘hello’ then heading back home.” Stupid, silly me. Full disclosure: I was promised Chinese food and ice cream—the list of things that I would do for both is quite long.

So, there we were at the party. It was a nice group of people. Some went all out on their costumes. Others came as topical puns and a few just went to the costume shop and bought a pre-packed something. I was wearing a multi-coloured striped t-shirt and black jeans. Whenever someone asked me what I was dressed as, I said, “An unwavering Christian.” They thought I was joking. My ex emerged from the bedroom in a costume (one was stashed at our friend’s apartment) and I simply said, “There better be Chinese food and ice cream in there.” Alas. Soon after I was dragged into the bedroom where pieces of costumes from different guests lay on the bed and I was fashioned something festive. I was a hot mess.

However, as I walked around as Fat-Albert-Helen-of-Troy-Mario-Batali-Papa-Smurf-Jafar I began to see that Halloween wasn’t evil. I get where the puritanical lens through which Halloween is viewed by staunch Christians came from. Yes, Halloween has pagan roots, jack-o-lanterns and haunted houses and is a prime time for watching horror films and the witches of Hocus Pocus. But the fear-mongering by the born-again ministers of my youth was a bit much.

Since 2005, I have celebrated a number of Halloweens. Many times I’ve spent months obsessing over costumes. I’ve entered costume contests, put out jack-o-lanterns and handed out candy. One year I was G-Unit-era 50 Cent. Another Karl Lagerfeld. During my lean days, I went once as Achilles from 2004’s Troy. For the last four consecutive years, I’ve been a curmudgeon. Let your imagination run wild with that one.

It took me the better part of two decades to get into the Halloween spirit. This year, as I prepare to attend a costume party dressed as post-Arianna Pete Davidson, I think about what Halloween really is. A fancy dress party that is riotously good fun.