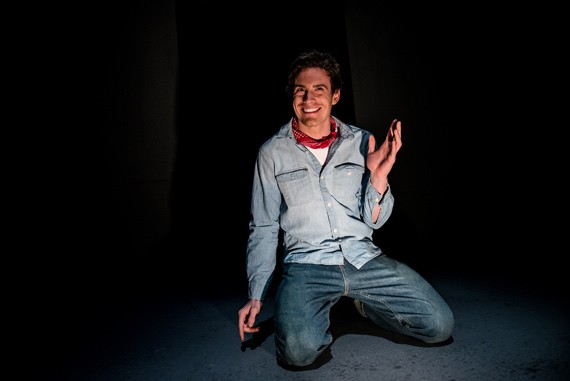 In the early 1960s, Charles Manson was just a young, petty criminal known as Little Charlie. By the summer of '69, Manson had become an infamous cult leader responsible for inciting the brutal slayings of nine people.

In between, he was incarcerated in the same Washington State prison as Alvin "Creepy" Karpis, a Canadian bank robber and member of the notorious Ma Barker gang. This interstitial period provides the setting for Creepy and Little Manson, the newest play from award-winning writer and director Michael Melski. Opening Thursday at Neptune's Studio Theatre, the Eastern Front Theatre production explores the prisoners' relationship as Karpis tries to "do the right thing," perhaps for the first time in his life, by guiding Charlie away from a life of crime.

"I was interested in discovering that point where Manson made a choice between the route that would make him a functional member of society, and the one that led to mind control and mass murder," says Melski. "What I discovered along the way was that a life of abuse and neglect meant Manson really didn't stand much of a chance. He was born a human being, but he was transformed into a monster."

Creepy and Little Manson's title roles are played by newcomer Alex Purdy (Manson) and John Dartt. Francine Deschepper plays the psychologist who discovers, too late, the kind of evil Manson is capable of. But the themes go beyond bearing witness to that evil.

The play, which Melski describes as a kind of wild ride for the audience, also explores the connection between creativity and madness. "I think a lot of creative people, myself included, flirt with darkness," he muses. "The urge to create and the urge to destroy are flip sides of the same coin."