How many knew about Shambhala abuses?

The latest Buddhist Project Sunshine report contains startling new accusations that senior Shambhala leaders were aware of and even participated in sexual assaults. 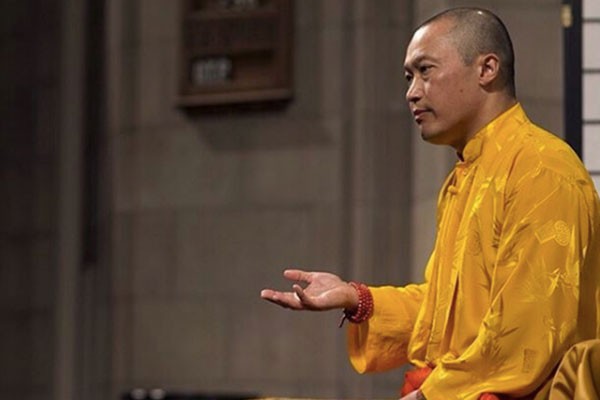 And as in earlier Project Sunshine reports, there’s mounting evidence the inner circle—including Shambhala’s governing body, the Kalapa Council—knew of Mukpo’s sexual misconduct. More seriously, this latest report details two harrowing assaults to which members of the council, and some senior teachers, were allegedly witnesses to and even participants in.

Among other allegations in the investigation is a story from a woman called “Ann,” who alleges that Mukpo assaulted her on a number of occasions, including twice while surrounded by men from his “inner circle.” On one of those occasions, Mukpo suggested she should engage in sexual contact with the other men present, asking her, “What can you do for them?”

Carol Merchasin, a retired lawyer who’s investigated the stories in the last two Buddhist Project Sunshine reports, says she was able to corroborate many aspects of Ann’s story and found her to be “extremely credible.” Parts of her story are similar to other stories about Merchasin has heard about Mukpo.

“Ann talked about a particular pattern of behaviour and a particular way of speaking, that had never been published.”

Andrea Winn, who started Buddhist Project Sunshine and is the author of its three reports, says she wasn’t surprised that more people came forward with their stories. She was, however, shocked by the content that emerged: “It took me several weeks to be able to process what I heard.”

In addition to Ann’s story, the latest report also includes allegations from “Keith” that he was raped as a teenager by a senior teacher who is still active in Shambhala, and the story of “Laura,” who alleges she was sexually assaulted by a staff member at a Shambhala event in 1998.

The man in question later pleaded guilty to similar charges, but when Laura came to Shambhala International with her complaint, the organization offered her only a mediation session.

“She sat in a room with the older man who had sexually assaulted her while he denied it, where she was made to feel like a liar, made to feel that she had to defend herself when she had done nothing wrong,” Merchasin writes. “Again, there appears to be have been little concern for the well-being of Laura or others, as the man who assaulted her remained in a position of power within the community.”

The lack of care survivors say they experienced upon bringing complaints to Shambhala International is a recurring theme in the Buddhist Project Sunshine reports. Mediation, notes Merchasin, is an inappropriate remedy for sexual assault.

“Mediation is a tool for disputes. A sexual assault is not a dispute, it is a crime,” she writes. “It strives for compromise, where compromise is not appropriate.”
Merchasin adds that in her investigations, she did not speak with anyone on the Kalapa Council—who have since resigned—or any of the Acharyas (senior teachers appointed by Mukpo).

“I did not reach out because I was told by an intermediary that I should not try to contact them,” she says.

She has been in contact with Wickwire Holm, however, the Halifax law firm that is conducting a third-party investigation into Buddhist Project Sunshine’s findings at the request of Shambhala International.

As reported by The Coast last week, several women who’ve shared their stories with BPS have lingering questions around that investigation’s independence. Merchasin, who expects more survivors and witnesses will come forward in the weeks to come, hopes those questions will be cleared up soon so she can encourage those individuals to speak with the lawyers.

Without answers to those questions—chief among them: Who exactly is Wickwire Holm’s client and thus who is the firm accountable to?—Merchasin says, “It feels very much too secretive to me. Very much the kind of secrecy that has been a problem in the past.”

In the meantime, Winn is already anticipating a Phase Four report that will touch on historical harms in the Shambhala community.