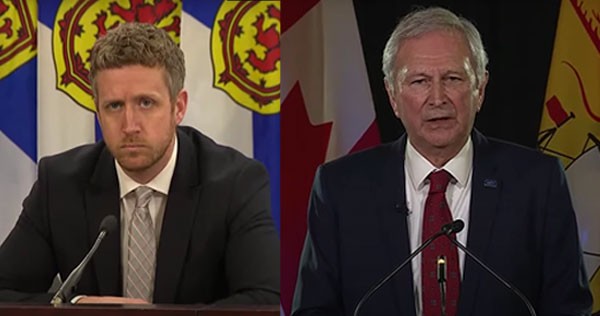 On Wednesday, Premier Higgs opened New Brunswick to the rest of Canada.


The way Nova Scotia’s reopening plan looks right now, June 23 will bring back what is almost an Atlantic bubble, but not quite. On that date, the province will allow travel to and from New Brunswick and Newfoundland and Labrador without quarantining (Prince Edward Island is already allowed).

“June 23 is fast approaching, but that’s why we’re starting with the Atlantic region, because we have common epidemiology,” said premier Iain Rankin Thursday at one of his regular webcast COVID briefings with chief medical officer of health Robert Strang. “It’s much lower risk than the rest of the country.”

What PEI’s reopening plan can teach Nova Scotia: Prince Edward Island plans to open its end of the Atlantic Bubble as early as June 27. 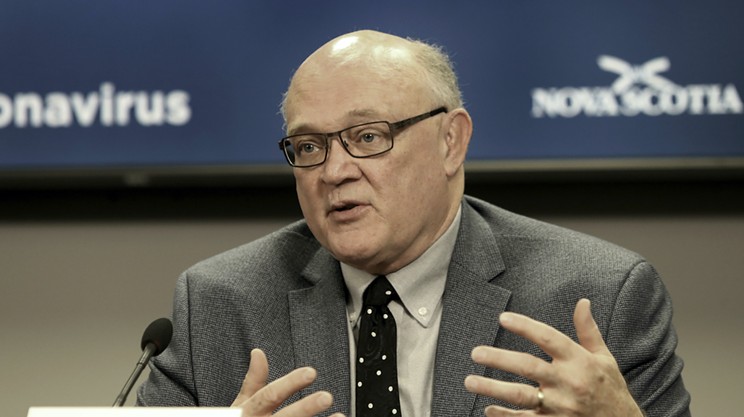 If you want to move to Nova Scotia “now is not the time”: You could end up turned away at the border or forced to quarantine on your own dime.

Nova Scotia’s unrequited Atlantic bubble: Newfoundland, NB and PEI residents can all come here without self-isolating, but the welcoming’s not mutual.

But there’s one major problem: New Brunswick isn’t holding up its end of the bubble. It’s opening early—in fact its borders already opened Wednesday, June 16 to any Canadians with one dose of vaccine, meaning visitors no longer have to quarantine for 14 days on arrival.

“It was my view that we could’ve had free travel throughout the Atlantic region with no restrictions in place,” said Rankin. “And that was an agreement of three out of the four provinces. Unfortunately, I was surprised that their risk tolerance is different.”

While PEI and Newfoundland have similar dates to NS for reopening to the rest of Canada (in mid-July), New Brunswick premier Blaine Higgs wants to be among the first provinces to reopen. "New Brunswick is indeed on the move,” said when he made the announcement.

“They certainly are introducing a higher level of risk into their province. We’re watching carefully…because that has implications for us.” —Strang on New Brunswick’s fast reopening

New Brunswick’s shift to its second phase took place just 24 hours after the province moved to phase one on Tuesday. Last weekend, New Brunswickers weren’t allowed to socialize with more than their “Steady 10,” couldn’t exercise indoors and only compassionate travel exemptions were allowed. But after sprinting through two phases, New Brunswickers can now welcome people from across the country and gather in groups of 20 informally, and almost all businesses are back to full capacity.

Premier Rankin, who has told the public Nova Scotia is going to wait at least two weeks between phases of loosening restrictions in order to evaluate COVID’s response, seemed frustrated with Higgs’ quick movement.

“I’m not going to comment on other provinces, they get advice that I’m not privy to,” Rankin said. “However, I can say that the strong public health advice that we have here allowed us to create a plan that’s based on the science and the very clear epidemiology, and the two-week period was an important piece for us between phases.”

“Even though we have benchmarks, just because we hit them doesn’t mean that you sacrifice the two-week incubation period,” he added.

Doctor Strang has repeatedly told Nova Scotians the Atlantic bubble won’t exist the same way it did last summer, but this news could further change how our borders reopen to Atlantic provinces.

“They certainly are introducing a higher level of risk into their province,” said Strang Thursday. “We’re watching carefully the potential impacts on their province because that has implications for us.”

New Brunswick is essentially doing a science experiment to answer the question everybody's asking: Do COVID infections go up if you invite Canadians into your province when only a small fraction of the population is fully vaccinated and the fast-spreading delta variant is on the rise?

The experiment started June 16, and the first batch of results probably won’t come in until the end of the month. “It could take at least two weeks to see the impact of their opening,” said Strang. If Nova Scotia goes ahead and opens its borders June 23, just one week into New Brunswick’s grand reopening, we’ll be right in the middle of our neighbour’s national infection experiment—discomfitting territory for COVID-careful NS.

The original Atlantic bubble meant governments were communicating with each other frequently about their reopening plans. That didn’t happen as much in the third wave, something that became clear when the reopening dates didn’t match up.

“We found out about this at the same time you did,” said Rankin of New Brunswick’s announcement. “And we have calls in to find out what their border plan is.”

The first time around, last summer, the Atlantic bubble was exclusive—no province gave non-Atlantic provinces a free pass. But right now, Nova Scotians who travel to New Brunswick could meet people who wouldn’t be allowed in Nova Scotia, including not just other Canadians but also travellers from Maine as soon as federal regulations allow.

“We found out about this at the same time you did. And we have calls in to find out what their border plan is.” —Rankin on the New Brunswick sprint to open

Rankin said our provincial officials are in discussion about screening methods, to ensure travellers from beyond the Atlantic bubble don’t slip through our borders undetected after June 23.

“I hope they have strong border control as they open faster than the rest of Atlantic Canada,” the premier said about New Brunswick. But if they don’t, Rankin says we will. “We’ll be prepared by June 23 when we open up. We’re discussing now what measures we’re going to need to have in place.”

Even when we move into Phase 4 as early as July 14, international travellers and Canadians alike still “may need to self-isolate for 14 days when they arrive in Nova Scotia” depending on testing and vaccination status.

But from what Rankin’s implied at press briefings, he’s definitely looking at the option of letting Canadians come without quarantine if they’ve gotten two doses. And at the very least, he said some sort of vaccine passport will be established by the time the new Atlantic bubble opens on June 23.

“We’re working on a validation program,” said Rankin. “I’m interested in what the other provinces are doing, and other provinces have certain cards and documents they give travellers. I would like to see as much consistency as possible so that there’s documents we can all count on.”

As for the future of the Atlantic bubble, Rankin says he’s glad we’re on the same page as PEI and Newfoundland, and he’s still in talks with NB officials to see what can be done.

“We’re hoping that we’ll continue to have discussions with all the provinces. We’ve reached out to New Brunswick and hope to have that discussion with them,” he said. “But they have the right to make that decision and we’ll have to adapt with our border plan come June 23.”