How the province defamed Laura Doucette

She assumed the Department of Justice would keep her personal information confidential. She was wrong. 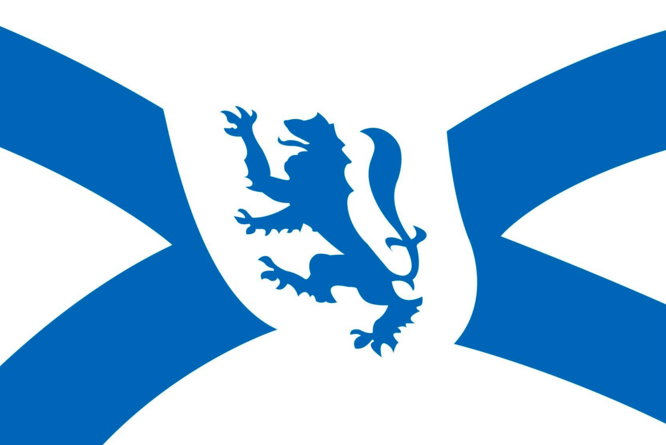 Laura Doucette stands facing the wall of windows that dominates the Supreme Court room at Summit Place. Outside, a massive Canadian flag snaps in the wind and the Woodside ferry crosses the harbour. It’s hard to tell if she’s looking at either or simply trying not to think about the fact that the man who put her life on hold for the last two-and-a-half years just walked into the room.

David Grimes was the area firearms officer assigned to evaluate Doucette’s firearms license application in 2012. While investigating her application, he told the career college she was attending and staff at her on-the-job training (OJT) placement that she and her husband were suspects in an armed robbery.

He was wrong. Even though the only evidence was Grimes’ word, Doucette was dismissed from her work placement and unable to graduate. No one at the school investigated the allegations.

So Doucette hired a lawyer to sue Grimes and the provincial Department of Justice for defamation. Her case wrapped up earlier this month after five days at Supreme Court. The province admitted that Doucette’s privacy was breached, and her reputation defamed. All that’s left to now is figure out the damages.

Laura Doucette’s life story is rough. At 17 she quit high school to care for her ill father, and worked a string of short-term, minimum-wage jobs to pay the bills. She married young and was separated from her husband by 25. The climax of her unhappy union was an altercation with her then-husband and his new girlfriend, for which Doucette received a conditional discharge.

She was working at a Tim Horton’s in Bedford when it was robbed in 2009. The police report says two masked men carrying nine-millimetre pistols entered the store and demanded cash. The robbery resembled two others that summer. The police identified no suspects and closed the case within weeks.

By 2011 Doucette was turning her life around. Success College, in Lower Sackville, accepted her into the Correctional Worker and Policing Foundations program. Over the next year she completed a GED, earned college marks in the 90s and hit the gym five days per week to meet the course’s physical qualifications. After finishing her courses in 2012 she began a 360-hour OJT at Dalhousie Security.

“Her confidence grew with each success,” Andrew Marsden, Doucette’s current husband, testified at Supreme Court. “She had a plan, goals, and that all ended with David Grimes.”

Applying for a firearms license is a necessary, but simple process in Doucette’s line of work: complete the firearm safety course, fill out a form, mail it and identification to the processing centre in Miramichi. Most successful applicants receive a reply directly from the centre. Others are assigned to a firearms officer for investigation. Doucette’s was one of these.

David Grimes began investigating her just as Doucette started her OJT. He printed reports and checked police databases. He interviewed her past employers, including Georgina Riles and April Fledge (manager and assistant manager of the Bedford Tim Horton’s). Grimes’ written report of those interviews says the two claimed Marsden, then Doucette’s boyfriend, loitered in the store during one of her shifts before the robbery, watching coins get rolled.

“A staff member later indicated to police she felt [the robbery] was fake and actually set up by Doucette,” Grimes writes. “Even one of the robbers (although masked) resembled Doucette’s boyfriend…During the robbery—the robber’s [sic] requested the rolled coin!”

Grimes also visited Success College and spoke with two of Doucette’s instructors, including Paul Olmstead, a 29-year veteran of the Edmonton police force. Olmstead testified that Grimes shared the results of his investigation instead of asking questions about Doucette.

“I was in disbelief,” said Olmstead, who was so surprised that he called another instructor into the room to witness the conversation.

Grimes told the pair confidential information about Doucette’s conditional discharge, repeated unsubstantiated comments made by her past employers and relayed the Tim Horton’s robbery story. Next he contacted Mike Burns, a former Halifax police officer and current director of security at Dalhousie University. Like Burns and Olmstead, Grimes was a former police officer. He shared the Tim Horton’s story with Burns, ex-cop to ex-cop. Burns testified: “I took what he said as fact.”

It would be over a week until Grimes actually spoke with Doucette about the incidents. They met in his car in a Tim Horton’s parking lot. Doucette testified that he cut off her answers and said he’d be in touch. Grimes stated Doucette was evasive, and omitted sensitive information about the robbery. He also admitted he didn’t ask her any questions about the information gleaned from his research.

Grimes testified at court that his words were misconstrued by all of the former police officers he spoke with, and that he never intended to breach Doucette’s confidentiality.

According to the Department of Justice’s privacy policy, all of this information should have stayed between Doucette and the investigating firearms officer.

Stories about Doucette began circulating at Success College and Dalhousie in the next few days. Hours after her meeting with Grimes, Doucette was told by the college that Dalhousie had dismissed her from her OTJ training because of “information obtained from the Department of Justice.” Without that work placement, she would have been unable to graduate.

Doucette was diagnosed with depression at age 17, but it remained stable for years. That changed after she was dismissed from Dalhousie. Her doctor upped her meds, and noted on her chart that the fallout from her firearms application escalated her anxiety. Marsden testified that the events traumatized his wife to the point that she slept 16 hours at a time. “She was mad at the world. As she saw it the government, an officer of the government, was out to get her.”

With some prodding from her lawyer, Success College eventually placed Doucette in a new OJT and she graduated from the program about six months late. In 2014 she met with Grimes’ new supervisor, chief area firearms officer John Parkin, to re-apply for her firearms license. It was granted in February 2015.

The gun isn’t needed these days. The security firms who hired her upon graduation lost its municipal contract a year later and Doucette was laid off. She’s now a personal care worker in a group home and staying as far away as she can from the security and policing fields. Doucette says she’s fearful that if she were try to apply again for her dream job—to be a border service guard—all of this would rise back up.

Doucette’s lawyers have asked the court for $350,000 in damages to cover her legal fees, reimburse her tuition and act as a deterrent. The lawyer for Grimes and the Department of Justice argued $30,000 should cover everything. Justice Denise Boudreau has reserved her decision for the time being.

Effective March of this year, all of the justice department’s firearms officers have undergone confidentiality training. David Grimes still has his job. To date, the only action taken against him is a letter from his supervisor to the human resources department. Neither he, nor the province, contacted Success College or Dalhousie to clear up the implication that Doucette is an armed robber. Her lawyers did that.