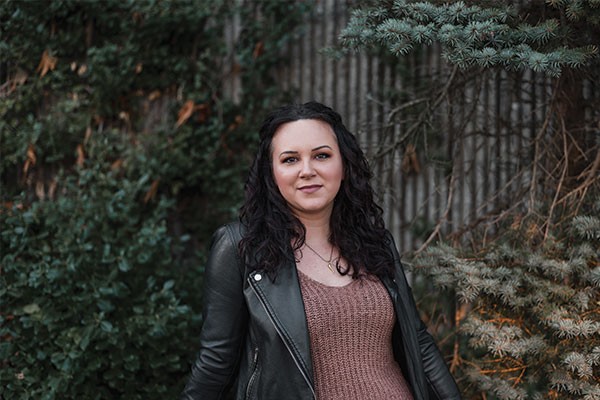 One good thing about big social gatherings being cancelled this holiday season is you're gifted the absence of morning-after booze blues. You can look forward to no longer agonizing over every minute detail you shared with a quasi-acquaintance at your friend's work holiday party the second you wake up. Nor worrying whether you spoke too much, too often or too loudly, or if every single person at the party is criticizing your behaviour while they sip their morning coffee. (They never are.)

For many of us, booze and belligerence fuel our festivities. But for those teetering on the fine line between heavy social drinker and budding alcohol dependency, turning off the gas isn't easy.

"There's so much guilt and shame that comes along with it," says Lee-Anne Richardson, the woman behind Sober City, "it's suffocating."

In less than a year, Richardson's after-work project has grown into a community and a resource, helping people think of another way to live in the city without alcohol. In Nova Scotia, a place "jam-packed with rampant alcoholism," that's a tall order—even if calling it out so bluntly is a "little extreme to say."

This year, Covid restrictions may keep big gatherings down, but that doesn't mean coping via consumption will be curbed—in fact, it may get worse.

"Numbers of people drinking during the pandemic went up, because of isolation and boredom," says Richardson, adding that it's unlikely the holidays will be any different. "The deep loneliness that you feel inside is a reason why people continue to numb with alcohol," she says. "People drink to feel numb. But at the same time they drink to feel something, to feel normal, or to feel more acceptable as a human or to be worthy."

Being alone also means no one's around to notice how much someone is drinking, which is especially challenging for someone who's in recovery or getting used to staying sober.

Richardson recommends (where possible) to keep company, though being the only sober one in the room can be harder than being alone. And any host worth their salt knows to stock the fridge with non-alcoholic options and not ask "woah, why?" when someone says they're not drinking. (Keep it simple and pick up some non-alcoholic Tea North—it's like soda without all the shit, says the Halifax-based carbonated tea business' website).

Or, if your relationship with sobriety is no more than a faint nagging in the back of your mind, giving that voice space by journaling can make a big difference. Richardson says she does it when she has a strong feeling, or is confused about something. The strong feeling means there's something to look at, and asking herself where it's coming from is how she starts to work through it. Cheers to that.