How to get sustainable seafood

Why is it so very difficult to get sustainably caught seafood here in Halifax? 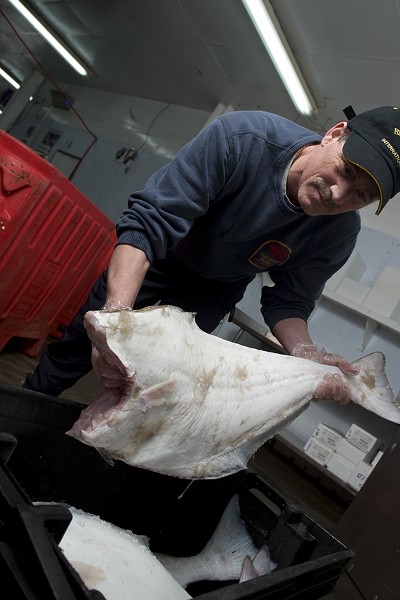 In a feature called "The catch" in The Coast's February 26 issue, news editor Tim Bousquet explained why it's so very difficult to get sustainably caught seafood here in Halifax. The expression "sustainable seafood" is itself fraught with problems. There isn't enough of a demand for it, as there is in the organic produce and meat industries.

"We have to work on local branding," said Susanna Fuller, marine conservation coordinator at the Ecology Action Centre, in the story. It would be a win/win situation for the industry if people cared about this information: Halifax restaurants and markets to could sell the sustainably caught seafood at a higher price, offering it as a specialty product, provided there is a demand.

Right now, most of the fish caught off our shores, even by the conscientious, small-scale operations, get absorbed into the large-scale, industrial production, so there's no way to tell how it was caught when it arrives on our table. The fish is often shipped elsewhere in the world, only to eventually arrive back here in town, frozen and processed, adding a huge carbon footprint. Not to mention that chronic, industrial overfishing has led us to, according to a 2006 report by Dalhousie University Marine Biologist Boris Worm, the precipice of disaster. All fish stocks could be gone "within our lifetime" if present trends continue.

Educate yourself by visiting seachoice.org. Then ask for fish from local, small-scale catches. Request hook- and-line-caught fish at the Fisherman's Market, Pete's Frootique, Home Grown Organic, Local Source Market and the vendors such as Mike's Fish Shop at the Halifax Farmers' Market. At greener restaurants, like Fid, Chives and jane's on the common, they'll happily tell you where their fish came from. Phil's Seafood and even Gus' Pub offer locally caught fish in season.

The guide to finding Sustainable Seafood in Halifax

Some Halifax/ NS Producers and Retailers that have Sustainable Options (but you need to ask!):

- Alyssa Foods: Bottom Hook and Line Haddock, Pollock, Hake (labeled as such, unlike others above)

Important
The more people ask their retailers and restaurants the question about how and where their seafood was caught, the more the answer will shift from “I don't know,” to “from local and sustainable sources.”