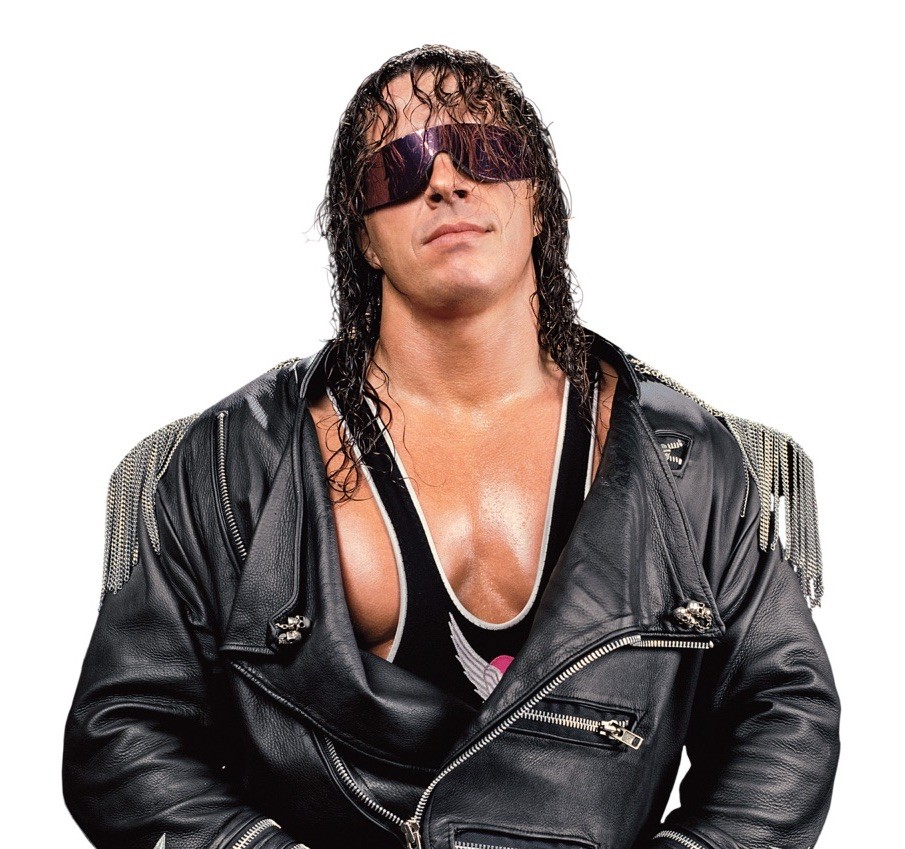 via WWE site
Bret "The Hitman" Hart, a living example of using his powers for good.

Bret “The Hitman” Hart, the Alberta-born pro wrestler and survivor of a major stroke, is a big fan of the March of Dimes charity. So much that he became the face of MoD’s Stroke Recovery Canada program, or as we like to call it, the Hart & Stroke Foundation. The Hitman is in Halifax for Friday’s Rock for Dimes fundraiser/battle of the bands at the Cunard Centre, so we asked him for a playlist of his favourite songs. To groove like a legend, here’s what you wanna be listening to.

Sting, "Lithium Sunset"
Sting, "Fill Her Up"
R.E.M., "Strange Currencies"
Bob Dylan, "Tryin' to Get to Heaven"
The Cure, "From the Edge of the Deep Green Sea"
The Four Horsemen, "Rockin' Is Ma' Business"
Mighty Joe Moon, "Lady Godiva and Me"
Gordon Lightfoot, "Restless"
Hothouse Flowers, "Isn't It Amazing"
INXS, "Disappear"
Los Lobos, "Emily"
The Call, "What's Happened To You"
Mother Love Bone, "Chloe Dancer/Crown of Thorns"
Tom Petty, "Crawling Back To You"
Simple Minds, "See The Lights"
Van Morrison, "I'm Not Feelin It Anymore"
Van Morrison, "Why Must I Always Explain?"
U2, "One"
The Verve, "Bittersweet Symphony"
Pearl Jam, "In My Tree"
Pearl Jam, "Given To Fly"
Pearl Jam, "Indifference"
ZZ Top, "My Head's In Mississippi"