Public health rules say people have to stay one mattress-length apart, so you won’t get into trouble if you’re only moving a bed. 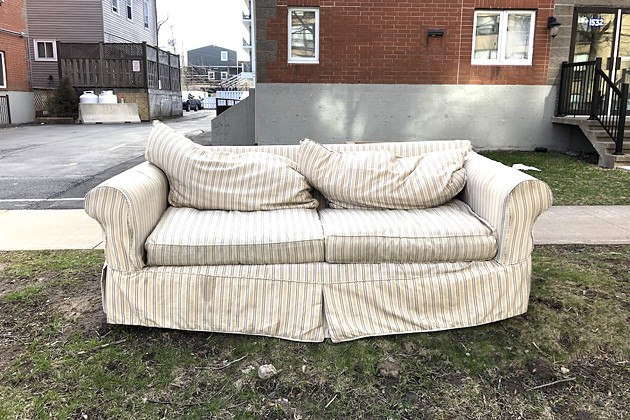 Moving day always sucks, pandemic or not. But at least before COVID-19 you could lean on your friends for help, and if a lot of other people were moving at the same time—as happens around the start of May and September—in all that carrying of boxes and squeezing past each other in the hallway you got to bond with your neighbours (and their friends).

Now we have physical distancing, so everybody has to stand one mattress-length apart. And self isolation, so everybody is supposed to stay the blazes home anyway. And bans on gathering of more than five people, so maybe you can’t go the blazes home because you’ve got too many roommates. Plus don’t forget that travel is frowned upon and it’s hard to cross the Nova Scotia border.

So how does moving work under these public health measures?

To find out, we turned to Nova Scotia premier Stephen McNeil and Robert Strang, chief medical officer of health. With most student leases starting May 1, that’s when our university-filled province has a mass migration, so we asked Strang and McNeil about it in the middle of April. However, they didn’t see the looming issue. 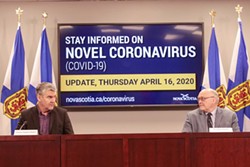 "When it came to university students, if they're not from Nova Scotia we encouraged them already to go home," McNeil said at the province’s April 16 coronavirus press conference. "Those Nova Scotians that are here, we encourage them to self isolate in the community that they're from."

Strang, sitting beside McNeil, doubled down on the idea that when universities shut down in March, so did the student-housing market: "Often the movement is when residences close down, and then people are looking to move off campus. And those residences are pretty empty at this point."

Those answers from Strang and McNeil surprise Donna Howard, a property manager in Halifax. "I don't understand how they could not realize, because it's the same every May first and every September first," Howard says. "Our city goes through a major transformation."

Howard works for Huma Rental, a medium-sized company that rents apartments in houses—rather than apartment towers—primarily to students around the south end. She says the beginning of May is always when the majority of people move, and this May fully half of Huma’s tenants are moving; that’s 200 students, in units from two-bedroom up to six-bedroom. And other rental companies she knows are in the same boat.

"There are thousands of students who don't live in residence surrounding university campuses," says Howard.

These are dynamic tenants, with groups of people sharing an apartment one year then splitting up and re-forming the next. They’re also dealing with the COVID complication of being sent home early when schools closed, potentially leaving their belongings behind in apartments with expiring leases.

"Many of the students are planning to return from other provinces," Howard says. "They need to pack up their houses. They need to move. They need to meet their new group. They need to have movers—their families tend to come with them to help. So there's going to be large groups of people in any one given apartment."

The public health rules around physical distancing and group gatherings are still firmly in effect—the province isn’t making any accommodations for movers—and the fine for breaking a rule is $1,000. Per person. Enforceable multiple times per day.

That means a COVID moving day can get especially sucky fast. And besides lifting with your knees, there may be no way to do it safely in the province’s eyes. All you can do is hope for the best, but be prepared to kiss half of your first month’s CERB payment goodbye.