How to walk the straight edge

If studying, hard work and clean living is your plan for school, you’d likely be a Hufflepuff at Hogwarts. In Halifax there are other choices, both secular and religious, to steer clear of the party scene. 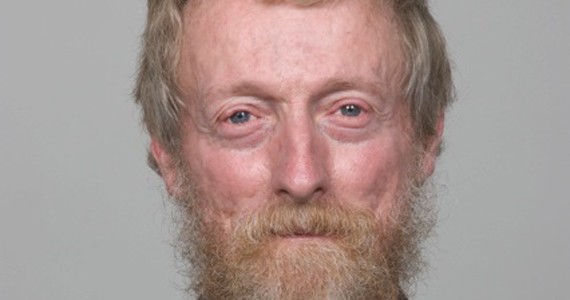 For some, university seems to be all about experimentation. Equally important as getting the grade---or perhaps more important---are the parties, friendships and adventures that centre around drugs, sex and alcohol. For those who are eager to participate in these three realms of life, it's not too hard---hit up the local watering hole and there are sure to be easy connections. For students who want to avoid any or all of the big three, however, finding like-minded people may be a little bit more difficult when you're swimming around campus in what feels like a sea of debauchery.

Most schools will have some specifically alcohol-free orientation events. After that, here are ways to find support in a more clear-minded lifestyle for the rest of the school year.

Religion is, of course, an obvious path to finding people who want to follow a clean living lifestyle. Tesshin James Smith, of the Atlantic Soto Zen Centre, Mokurai Silent Thunder Order, can be found Sunday mornings at the Dal Multifaith Centre (multifaithcentre.studentservices.dal.ca). He follows the path of Buddha and through meditation can help lead students to a life of enlightenment. Smith believes "we are all addicted to various things."

"The most that I can do for a person who wants to break free from their addiction or to live addictions free as much as possible is to invite them to sit down on a cushion and learn zazen," he says. "In that process of zen training our tendencies and habitual patterns become vividly clear at which point rather than it being difficult to break the habit it becomes so obviously unhelpful it's just a matter of opening your hand and letting it go."

For those who want to follow Christian beliefs to pursue a life free of pre-marital sex, alcohol and or drugs, there are numerous groups connected to the universities for students to find support. Students can contact someone from Campus for Christ, Navigators (both at DAL and SMU), Dalhousie Christian Fellowship (christianfellowship .dsu.dal.ca) or check with your school's VP of student life (or the equivalent) for some other options.

Most campuses have a Muslim Student Association (at Dal, mmsa.dsu.dal.ca, and there's also the Islamic Association of Nova Scotia, islamnovascotia.ca) where students can meet to pray, break fast and connect to other Muslim students or students interested in Islam.

Zia Khan, the director for the Centre for Islamic Development, is an alumnus of Dalhousie and still actively involved in the association there. "Islam means submission to the will of the creator with your own volition...meaning you have the choice to submit or not," says Khan. "Muslim means the ones who have submitted."

He says that when Islam teaches whether people should or should not do something, it is through reasoning. Islamic teachings give reasons for why people should not partake in certain things, such as drinking alcohol, because of the negative effects it can have on people's lives and the lives of those around them. "For a Muslim who is trying to live a clean life, you don't want to impound the brain with substances that will impair your judgment," Khan says. "The most vital thing a human has in order to live is discernment."

The same ideas apply to sex outside of marriage. In the Muslim view, choosing to only have sexual relations "in a wholesome way," within the contract of marriage is about respect for relationships and protection of both partners.

Outside of religion, being straight edge is another way to find support to live a life free from drugs and alcohol. Ian Hart of the band Envision---not to be confused with the English actor who played Professor Quirrell in Harry Potter and The Philosopher's Stone---has been following the straight-edge lifestyle for years.

"I was never big into drinking," says Hart, "then I just decided I didn't really need it and attached to the whole straight-edge label because there's a bit of a community there: like-minded people who felt the same way as I did." Hart doesn't feel he's missing out on a lot. "I still go to bars all the time, hang out with people who do drink...I save a lot of money," Hart says, laughing. To find other people who are straight edge, Hart says it's best to hit up hardcore punk shows. That said, as far as he knows, Envision is the only local straight-edge band. "It's not for most people" says Hart. "I'd never try to convince someone to be straight edge."

And while it's hard to imagine a hardcore rock outfit like Envision coming out of Hufflepuff, the straight edge is the line Hart and his band have been walking since 1998.