Several years after starting a process to untangle the city's web of old planning regulations, Halifax is only 46 percent of the way there. 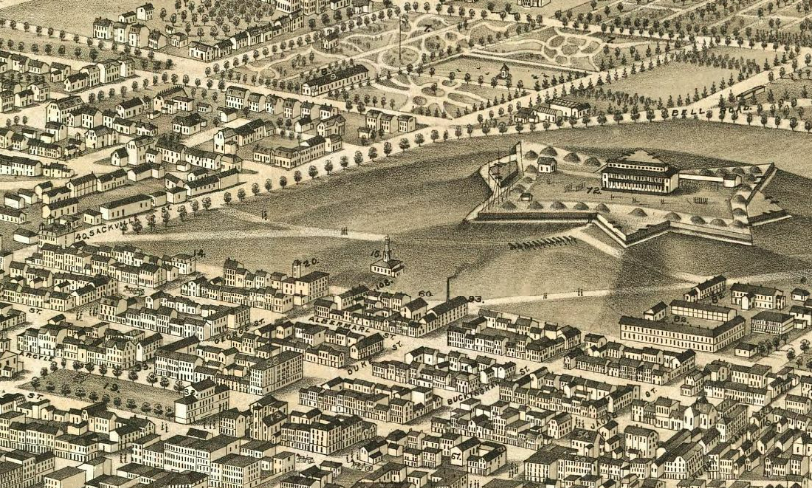 Let’s talk about the exciting world of bylaw simplification!

Right now, there are a couple dozen planning strategies and land-use bylaws on the books in HRM, along with a plethora of other outdated bylaws and regulations, many of which pre-date amalgamation.

It’s a patchwork of civic governance, amended piecemeal over the past 20 years—if amended at all. Which is why six years ago city hall began a dedicated effort to review and consolidate all those relics.

“I think it’s languished too long,” says of legal services John Traves. “That’s why I keep reporting on it [to council], because it forces us to sort of say, ‘OK, we’ve got to show some progress on this and keep going.’”

Traves gave a brief update on the project to council’s committee of the whole last week during budget talks. According to his slides, 60 out of 131 bylaws initially highlighted have been “reviewed.” Included in that number are 13 bylaws amended, five repealed, two created and 21 new and amended Administrative Orders.

The pace of those changes needs some giddy-up, though, or it’s going to take another five years to finish off a project originally slated for a 2020 completion.

“I’m looking to accelerate the timetable,” says Traves. “There’s a whack of old county bylaws and Bedford bylaws and Dartmouth that realistically can be collapsed. We haven’t always been good at capturing those.”

The city of Halifax’s original planning principle was wartime . British military commanders organized the fledgeling city to protect itself against invasion. Throughout the 19th century, architects and city officials began developing certain parcels, like Dalhousie and Schmidtville, under more cohesive strategies.

The Provincial Planning Act of 1912 finally established some basic zoning regulations but lacked an overarching policy. The former city of Dartmouth would create its own in 1939 with the Plan for Future Dartmouth. Six years later, Halifax copied its sister city with its first Master Plan for the City of Halifax. Some elements of that 1945 document are still in place today.

When HRM amalgamated in 1996, all those regulations (along with bylaws from Bedford and the county) were smashed together and then, basically, ignored for several years.

The result is a lack of consistency in definitions, designations, building requirements, approval processes and “the general functionality of the individual documents,” according to a 2017 report on the bylaw simplification process prepared by WSP.

The Frankenstein framework sucks up staff resources on everything from nuisance bylaws to cat and dog ownership. But the biggest complications are in the planning guidelines. The maze of red tape was supposed to have been solved by the Regional Plan’s adoption and review—in 2006 and 2014, respectively. But all the old bylaws are still there on paper, muddying up the waters.

“The current inconsistencies complicate the overall functionality and equity of land use and development throughout HRM,” states WSP. “There is often confusion generated from incongruent land-use regulations applied to seemingly similarly designated lands in different regions of the municipality.”

The bylaw simplification process was created to finally collapse all those multiple planning realities into a singular universe—speeding up land-use applications, improving clarity and, maybe, “position Halifax as a leader in the area of planning and development in Canada.”

That quote’s from the planning department’s 2015 strategic plan, which set out the original 2020 timetable to wrap up this simplification project.

Progress has been made since then, says Traves, but “it’s a never-ending process.”

“The challenge is that you need to focus folks to gather that together and you’re also dealing with all the incoming requests,” he says.

As the metaphor often heard at council goes, the plane is being built while it’s in the air.

“It’s not as easy as I think people thought when they started on it.”

Along with speeding up the timetable, Traves says it’s proven more efficient to wait for a bigger project to bucket together bylaws and revise them in batches.

So a lot of the remaining bylaw simplification should be taken care of when HRM implements its legendary Centre Plan, which, um, was also supposed to be finished by now.