Updated post-storm: Halifax gets ready for a storm that is forecast to make landfall further from the city than both Dorian and Juan. 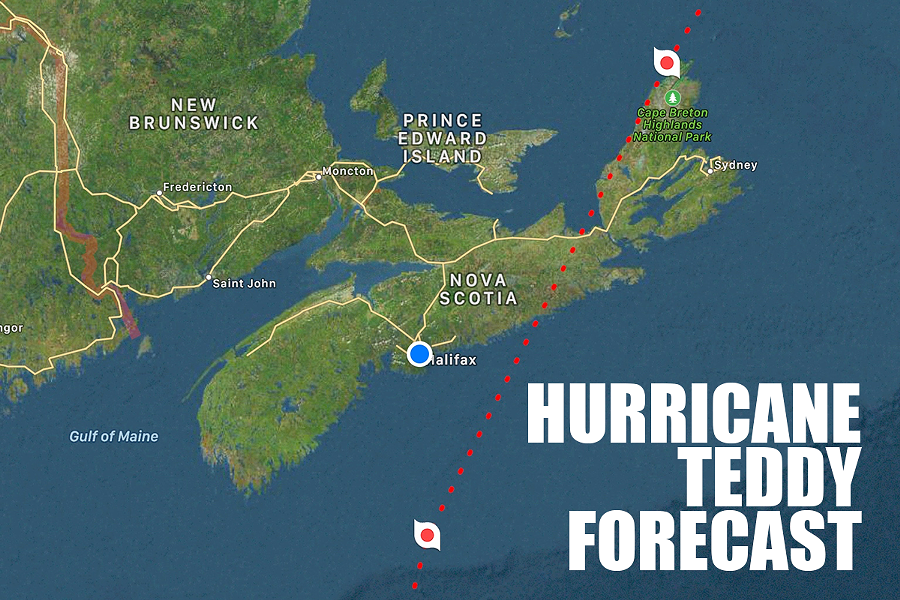 Update Wednesday September 23: Teddy came ashore around 7:30 this morning near Ecum Secum, more than 100 kilometres east of downtown Halifax. No longer a hurricane, the post-tropical cyclone brought wind and rain as promised, but nothing like the damage feared or witnessed last year with Dorian. Halifax Transit was rolling and sailing at noon, people who evacuated at the city’s recommendation were allowed to return home in the morning. At 4pm, Nova Scotia power had about 7,300 customers without electricity—a lot of people, but a radically smaller scale of disaster than the peak of 400,000+ customers disempowered by Dorian. Meanwhile Teddy was en route to Newfoundland and Labrador.

As of Environment Canada’s statement at 6pm Tuesday, Hurricane Teddy is about 400 kilometres away from Nova Scotia and heading our way. The Category One hurricane will degrade slightly to became a post-tropical storm before making landfall some time Wednesday morning.

Teddy’s predicted track has moved quite a bit over the last few days, from aiming at Halifax square-on to delivering a glancing blow to Cape Breton. Right now the forecast is in between, calling for it to hit the Eastern Shore around dawn. For this would be further east of Halifax than both Hurricane Dorian last year, and Hurricane Juan in 2003 (see those tracks below). 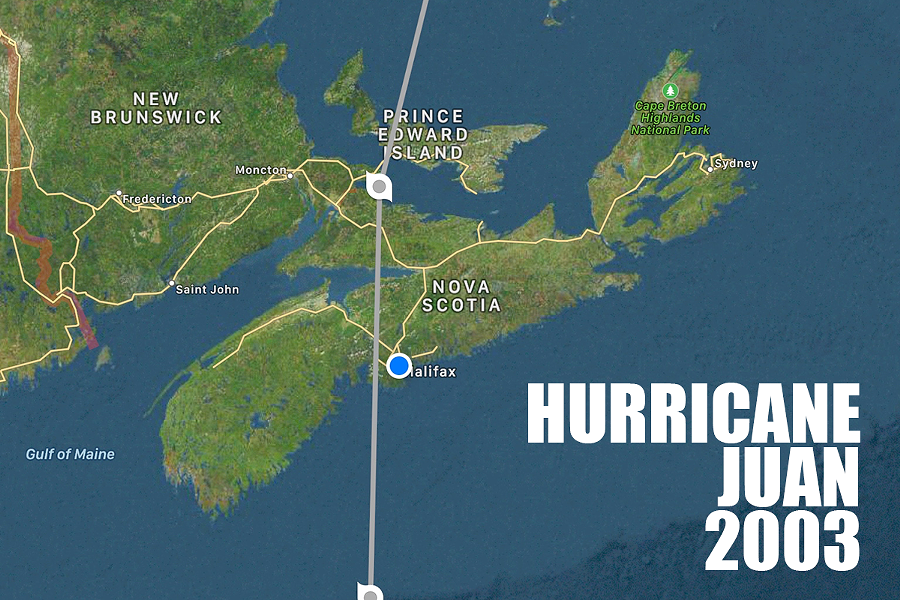 In preparation for Teddy, this afternoon the city issued a warning that the slow-moving storm will bring winds up to 120 km/h and heavy rain for between 18 and 30 hours. It rained through the morning Tuesday, although as of this writing no rain is falling, perpetuating the idea of the calm before the storm.

The city is asking people to stay off the roads (for individual safety and to keep streets clear for potential use by first responders), and advising residents to stay away from any oceanfronts because of anticipated storm surges. For some of the best wave-watching areas in the region, the city is going a step further than just asking gawkers to stay away by closing the roads to Peggys Cove and beaches in the Lawrencetown/Seaforth stretch—only local residents will be allowed through. But those residents, specifically “Citizens living in high-risk areas in the Sambro area, Peggys Cove, and along the Eastern Shore” are being asked “to make plans immediately to self-evacuate.” 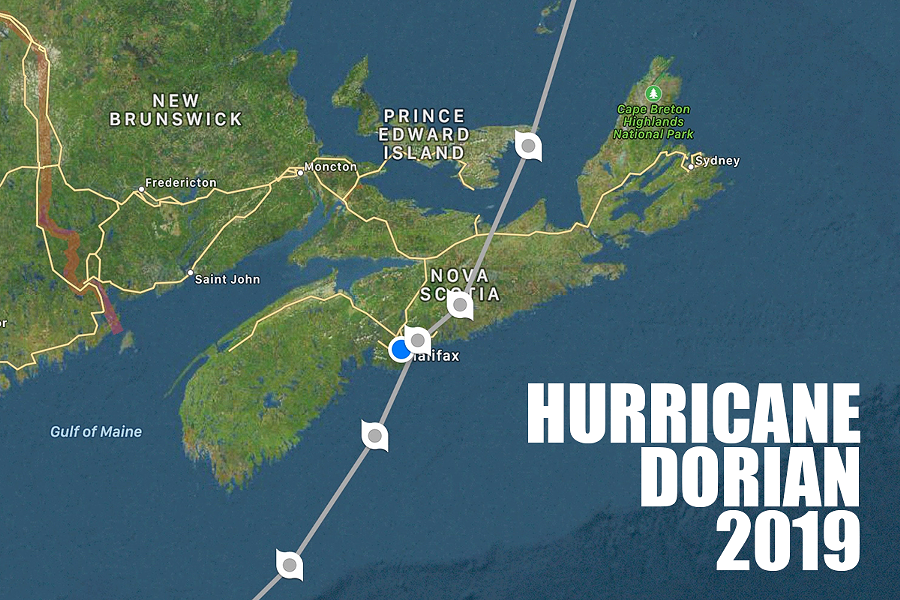 Halifax Transit ferries were shut down today at 2:30pm, and buses are suspended as of 7pm. Services will stay closed until at least noon Wednesday; further updates will come Wednesday morning. Municipal recreation centres and sports fields also closed Tuesday, and “residents are advised to avoid visiting municipal parks until the storm has passed and potential damage, including downed trees, has been addressed.”

For official information as things unfold, the city will be updating its hurricane information site and tweeting at @HfxGov. The province’s Emergency Management Office is tweeting at @nsemo. Nova Scotia Power has a whole storm ready site with preparation tips and links to outage information.